This piece originally appeared in Critics at Large January 20, 2015. Parts Two and Three are written by colleagues and will only appear on that site. 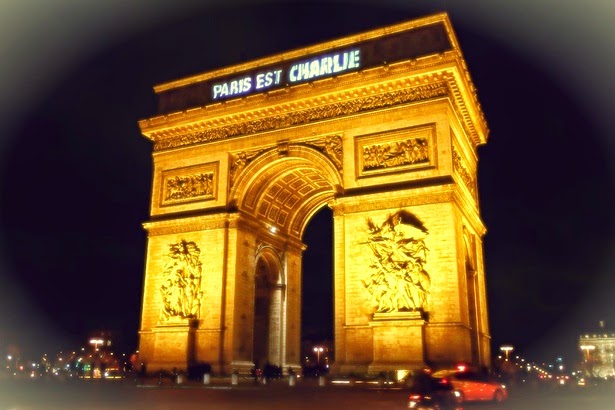 “…caricature distorts the original, it can be unfair, and it uses humor to reveal the shortcomings of, and occasionally to humiliate, its subject.”


—Victor Navasky, The Art of Controversy

When I heard so many people expressing the slogan, "Je suis Charlie," I wondered what they were actually supporting. If the millions in North America and Europe, that include those who marched in Paris and other French cities (the largest since the 1944 liberation of France from German occupation), were merely expressing their sympathy for the murdered journalists at the offices of Charlie Hebdo, police officers, and Jews at a kosher supermarket by Islamist fanatics, their endorsement of free speech as a basic principle, or their repudiation of censorship-by-terrorism, I fully support these sentiments. During these marches, “republican values,” appeals to “fraternity,” and “solidarity” in the cause of freedom were often heard. A similar sentiment of solidarity could have been expressed for the 132 schoolchildren slaughtered in Pakistan in December and the countless numbers murdered, raped and turned into sex slaves by the savage Boko Haram in northern Nigeria. The inclusion of murdered Muslims in these gestures would have sent a strong message to the Muslim world that their lives count just as much as non-Muslims. Muslims suffer the largest number of victims from Al Qaeda and ISIS terror, yet we expect Muslims to condemn acts of violence against Westerners as they did when a delegation of 20 imams visited the Charlie Hebdo offices the day after the shootings, to brand the gunmen as “criminals, barbarians, satans” and, crucially, “not Muslims,” Writing in The Guardian, Jonathan Freedland argues that the demand of Muslims to condemn acts of terror committed by jihadist cultists as “odious [because] it tacitly assumes that Muslims support such horror unless they explicitly say otherwise. The very demand serves to drive a wedge between Muslims and their fellow citizens.”

What can also drive a wedge is the mantra of "Je suis Charlie." How many of those who expressed that sentiment were registering their support for the irreverent values espoused by the weekly Charlie Hebdo? I wonder if they realize the implications. David Brooks is correct when he asserts that if the writers at Charlie Hebdo had attempted to publish their newspaper on an American university, and I might add a Canadian academy, their inflammatory material would have enraged so many who would have called it hate speech that it would have been denied funding and shut down. We support free speech in the abstract, but when someone invites a controversial speaker—Ayaan Hirsi Ali or Ann Coulter to take two of his examples —there would be (and has been) such a barrage of protest that the university would (and did) withdraw the invitation. Beyond university campuses, freedom of speech has been most problematic for whistle-blowers—as evidenced in the Obama’s Justice Department having brought more charges in leaked cases than had been brought in all previous administrations combined. In Canada, Section 1 in the Charter of Rights and Freedoms explicitly states that the Constitutional protection of our guaranteed freedoms are not absolute but subject to reasonable limitations that have been defined by the Courts.