This is an edited version from a chapter in That Line of Darkness: The Shadow of Dracula and
the Great War, (Encompass Editions, 2011) that did not survive the editing process for
reasons of space.

Degenerates are not always criminals; they are often artists and authors.
—Max Nordau, Degeneration

What may be the most chilling part of Max Nordau's Degeneration is contained mainly in his conclusion; there he scapegoats the "degenerate" artist for the ills afflicting individuals and society with a harsh and censorious indictment. Incorporating medical metaphors into his discourse, he spoke of degenerate potentialities as "infectious viruses" that had spread and currently reached cataclysmic proportions. With apocalyptic language, he referred to his own time as "a severe mental epidemic; of a sort of black death of degeneration." And what were the attributes of this "mental epidemic" that may not have reached "its culminating point" and what that is now "observed among the inmates of lunatic asylums" would be recognizable in mass numbers of the whole society? Individuals with brains ‘incapable of normal working…feebleness of will, inattention, predominance of emotion, lack of knowledge, absence of sympathy or interest in the world and humanity, atrophy of the notion of duty and morality" would represent a partial list of the pathologies present in deviant individuals. But those aberrations were evidence of a "vast fatigue" that sapped the strength and virility of individuals and rendered them and society vulnerable to disintegration. 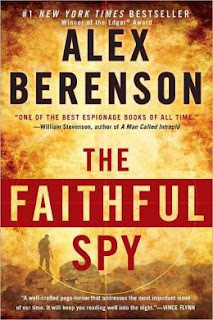 This review originally appeared in Critics at Large August 20, 2013. There are some minor spoilers.

“There were some lines he could not cross. He couldn’t murder the people he had been charged with protecting. He couldn’t play God and sacrifice one of his countrymen in the hope of saving others.”
—Alex Berenson, Faithful Spy

“After so much violence, killing came to him naturally. He always imagined that he could take off the killer’s mask as he wished. But he found the mask had become his face.”
—Alex Berenson, The Secret Soldier

From these epigraphs, it might appear that John Wells, a sometimes CIA operative, sometimes a freelancer, a Special Ops soldier and the chief protagonist in Alex Berenson’s seven thrillers from 2006 to 2013 (with another to be released in 2014), is a close cousin to Jack Bauer, the antihero of the television series 24. In reality, Wells is a much more complicated and layered character. We first encounter him in Faithful Spy (2006, all of his novels are published by G. P. Putnam’s & Sons) as a deep cover jihadist who has spent ten years in Afghanistan, speaks perfect Arabic and Pashtun, has endured privations and the cold and has converted to Islam in order to become the first (and only) CIA mole to penetrate Al Qaeda. It is 2001 and he is fighting American troops. To establish contact for the first time with them, he kills fellow jihadists and has the American officer shoot him in the arm so that his story as the sole survivor of an American attack will have credibility with Al Qaeda. The then No. 2, Ayman-al-Zawahiri, trusts him enough to send him to the States to assist a master spy who is putting together plans for a massive attack. Not knowing the details, the rest of the novel recounts how Wells uncovers this plot and prevents a plague bacterium and “dirty” nuclear device from exploding, a potential catastrophe that would have far more devastating than 9/11. Yet because of his extensive training and lethal instincts, he is able to accomplish these Herculean feats, despite serious assaults on his own body, with assistance coming from only his handler and his love interest, Jennifer Exley, who works in the CIA. The bureaucrats in the organization mistrust Wells because he is at best a loose cannon, at worst a turncoat, a Kurtz-like figure who has gone over to the heart of darkness. If he was that close to Al-Qaeda, he should have provided the intelligence that might have averted the 9/11 attacks. His determination to redeem himself for that failure is chiefly what motivates his derring-do deeds.

The selection  below is how Hitler both co-opted the Churches and persecuted them and dissident who priests who questioned the racist ideology of the Nazis. For reasons of space, it could not be included in That Line of Darkness: The Gothic from Lenin to bin Laden (Encompass Editions, 2013).

Not all dissidents that came under the surveillance of the Gestapo were associated with political parties or journalists. Catholic priests were also targeted, but because the regime was concerned about the achieving public support, the Gestapo had to move cautiously. The visceral loathing, with which several Nazi paladins held toward the Catholic Church notwithstanding, a substantial part of the Church’s appeal to the National Socialists was the Church’s portrayal of itself as a bastion of support against the predatory encroachment of atheistic communism. The Catholic Center party, which in 1919 had been the second largest party after the Social Democrats and who during the Weimar years provided ten chancellors, frequently allied themselves with the socialists in opposition to the rising Nazi party. As a minority who had suffered persecution because German Protestants suspected that their first loyalty belonged to Rome, the Church was relatively sensitive to the plight of Jews whose patriotism was equally suspect.

Hitler was determined to co-opt and restrain the Catholic Church with an adroit combination of conciliation and intimidation. After he was given the reins of power, Hitler cleverly finessed the Catholic Center Party by brokering a deal whereby if they supported his Enabling Bill that assured him dictatorial power, he would guarantee them religious freedom and control over their schools. With Communist deputies absent and the Catholic party capitulating, only the Social Democrats voted against it despite the extreme duress from storm troopers shouting, “Shut up!, Traitors!, You’ll be strung up today” outside and inside the Opera House, where the vote was taken owing to the fire damage to the Reichstag. The bill easily passed, and its effect was to destroy parliamentary government. With the support from the Catholic Party, Hitler in his radio broadcast confidently assured his listeners that Christianity would be the basis of the reconstruction of the country.

Red Sparrow: The Human Side of Spying 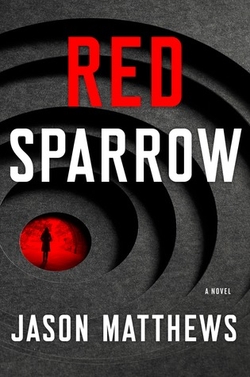 “Even now with the Soviet Union long gone, the monster is right beneath the surface.”


In interviews, Jason Matthews has indicated that he believes that the current Russian state is much different than the former Soviet Union, but one would never know that by reading his debut novel Red Sparrow (Scribner, 2013). The Russia that he portrays under the icy “blond scorpion,” Vladimir Putin, who is a minor character in the novel, is repressive and cruel, a throwback to the Soviet Union. The Cold War may be officially over, but that is not the position of the Russian head of state. Putin is determined to retool the Russian Empire in order to reestablish the glory and prestige that the Soviet Union once exercised and he is willing to resort to any means from placing moles inside the American government to authorizing “wet actions” (murder) in order to achieve that goal. Any expression of dissent or disloyalty is mercilessly punished. The real life murder in a Moscow elevator of the investigative journalist Anna Polikovskaya, and the poisoning in London of a former KBG officer, Alexander Litvinenko, by polonium-20, incidents that are mentioned twice over the course of the novel, are merely the tip of the iceberg of the ruthlessness that characterizes contemporary Russia. While reading the novel, I noticed press reports that only seem to confirm the notion that the rule of law operates only at the pleasure of Putin and that the past is much alive in the present. Any serious rival to Putin is arrested, subjected to a show trial and convicted so that he cannot run for public office. In the novel, the brutal interrogation techniques in the Lubyanka prison are reminiscent of conditions that existed in the past. Even the novel’s central conceit, that young women are sent to courtesan schools to learn the art of seduction espionage and become “sparrows” for the purpose of sexual entrapment, is a relic of the Soviet era since the author has stated in interviews that he has no knowledge of the current Russian state operating them, although he concedes that independent contractors may be performing that service in the Putin era.