Expressions of and Responses to Authoritarian Populism 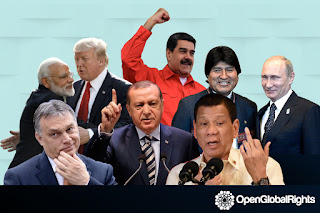 "The greatest threat to liberal democracies does not come from immigrants and refugees but from the backlash against them by those on the inside who exploit fears of outsiders to chip away at the values and institutions that make our societies liberal."
— Sasha Polakov-Suransky, Go Back to Where You Came From: The Backlash Against Immigration and the Fate of Western Democracy, 2017

“The point of modern propaganda isn’t to misinform or push an agenda. It is to exhaust your critical thinking, to annihilate truth.”
— Garry Kasparov
"Populists in power tend to undermine countervailing powers which are the courts, which are the media, which are other parties."— Cas Mudde, Populism: A Very Short Introduction, 2017

“Every age has its own fascism.”
— Primo Levi

The Challenge of Racism in America 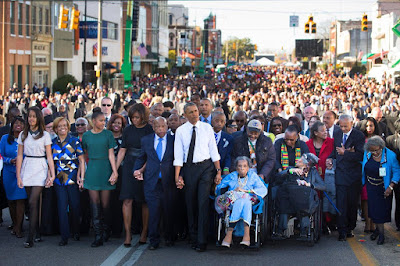 “We just need to open our eyes, and our ears, and our hearts to know that this nation’s racial history still casts its long shadow upon us.”
— Barack Obama speaking in Selma on March 7 2015 at the fifth anniversary of the famous march

"I imagine one of the reasons people cling to their hates so stubbornly is because they sense, once hate is gone, they will be forced to deal with their pain."
— James Baldwin


“We were eight years in power. We had built schoolhouses, established charitable institutions, built and maintained the penitentiary system, provided for the education of the deaf and dumb, rebuilt the ferries. In short, we had reconstructed the State and placed it upon the road to prosperity.”


“If  there was one thing that  South Carolina feared more than bad Negro government, it was good Negro  government."


“Yet, the harsh fact is that in many places in this country, men and women are kept from voting simply because they are Negroes. Every device of which human ingenuity is capable has been used to deny this right.”

The Unsilencing of Women 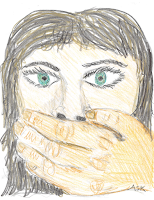 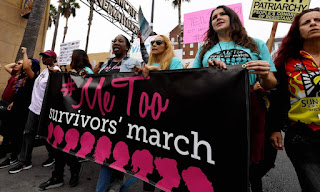 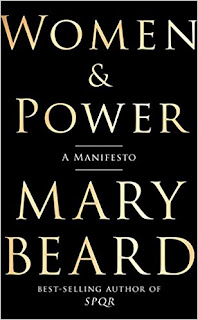 "Beard’s primary subject is female silence; she hopes to take a “long view on the culturally awkward relationship between the voice of women and the public sphere of speech-making, debate and comment”, the better to get beyond “the simple diagnosis of misogyny that we tend a bit lazily to fall back on”. Calling out misogyny isn’t, she understands, the same thing as explaining it, and it’s only by doing the latter that we’re likely ever to find an effective means of combating it. The question is: where should we look for answers? Beard acknowledges that misogyny has multiple sources; its roots are deep and wide. But in this book, she looks mostly (she is a classicist, after all) at Greek and Roman antiquity, a realm that even now, she believes, casts a shadow over our traditions of public speaking, whether we are considering the timbre of a person’s voice, or their authority to pronounce on any given subject.

Personally, I might have found this argument a bit strained a month ago; 3,000 years lie between us and Homer’s Odyssey, which is where she begins, with Telemachus effectively telling his mother Penelope to “shut up”. But reading it in the wake of the Harvey Weinstein scandal, it seems utterly, dreadfully convincing. Mute women; brutal men; shame as a mechanism for control; androgyny and avoidance as a strategy for survival. On every page, bells ring too loudly for comfort."

The Dream of Political Racial and Economic Equality in South Africa

"There's no such thing here (in South Africa). The facts may be correct but the truth they embody is always a lie to someone else. Every inch of our soil is contested, every word in our histories."
– Rian Malan, The Lion Sleeps Tonight 2012 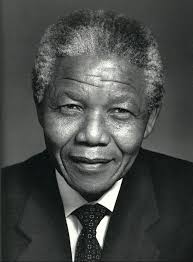 “No one is born hating another person because of the color of his skin, or his background, or his religion. People must learn to love, for love comes more naturally to the human heart than its opposite.”
– Nelson Mandela

“Having looked the beast in the eye having asked and received forgiveness, let us shut the door on the past and not forget it but to allow it not to imprison us.”

Colson Whitehead: The Shredder of Illusions


Most of us do not harbour a benign view of slavery, namely the belief that the owners of slaves were reluctant masters who generally cared for the well being of their human property. There are, however egregious exceptions. In 2016 a curious children's book appeared, A Birthday Cake for George Washington, that portrayed happy slave children baking a cake for the first President, a whitewash of slavery that produced a swift and sharp backlash prompting the publisher to withdraw the book. More disturbing is that Roy Moore, the Republican Senate candidate for Alabama in the 2018 election and subsequently lost in one of the America's reddest states, publicly stated that America was great when slavery prevailed because black families were kept together, a grotesque misrepresentation of the historical reality when families were frequently and viciously torn apart.