The Seduction of Fascism and Responses to it

“So what is fascism, and how is it different from nationalism? Well, nationalism tells me that my nation is unique, and that I have special obligations towards my nation. Fascism, in contrast, tells me that my nation is supreme, and that I have exclusive obligations towards it. I don't need to care about anybody or anything other than my nation. But, well, who ever told you that life was easy? Life is complicated. Deal with it. Fascism is what happens when people try to ignore the complications and to make life too easy for themselves. Fascism denies all identities except the national identity and insists that I have obligations only towards my nation.”
― Yuval Harari, “Why Fascism is so Tempting” a Ted talk

“The mechanisms of fascist politics all build upon and support one another. They weave a myth of distinction between “us” and “them,” based in a romanticized fictional past featuring “us” and no “them.” and supported by a resentment for a corrupt liberal elite who take our hard-earned money and threaten our traditions.”


― Jason Stanley, How Fascism Works: The Politics of Us and Them 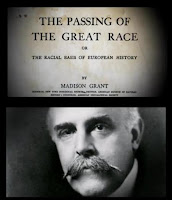 "We Americans must realize that the altruistic ideals which have controlled our social development during the past century and the maudlin sentimentalism that has made America 'an asylum for the oppressed,' are sweeping the nation toward a racial abyss."
― Madison Grant, The Passing of the Great Race, 1915 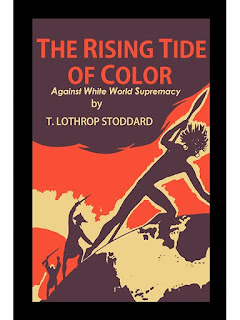 “Judged by accepted canons of statecraft, the white man towered the indisputable master of the planet.”
“The negro, on the contrary, has contributed virtually nothing. Left to himself, he remained a savage…”
― T. Lothrop Stoddard, The Rising Tide of Color Against White-Supremacy 1920
W 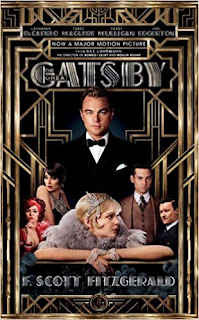 "Have you read 'The Rise of the Colored Empires’ by this man Goddard?...  The idea is if we don’t look out the white race will be—will be utterly submerged. It’s all scientific stuff; it’s been proved…It’s up to us, who are the dominant race to watch out or these other races will have control of things… We’re Nordics. I am, and you are, and you are…and we’ve produced all the things that go to make civilization—oh, science and art, and all that.”

— F  Scott Fitzgerald, The Great Gatsby must realize that the altruistic ideals 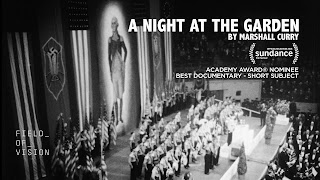 "His name is Isadore Greenbaum. He’s a Jew, a plumber’s helper from Brooklyn. He rushes onto the stage, beneath a portrait of George Washington flanked by swastikas. He tries to accost the Nazi who is denouncing the 'Jewish-controlled press' and calling for a 'white gentile-ruled' United States. Uniformed storm troopers beat him. Police officers drag him from the stage, pants ripped, arms raised in desperate entreaty. The mob howls in delight.

It’s Feb. 20, 1939. More than 20,000 Nazi sympathizers are packed into Madison Square Garden as Greenbaum attempts to silence Fritz Kuhn, Bundesführer (so-called) of the German American Bund. Greenbaum has been enraged by Kuhn’s demand that the country be delivered from Jewish clutches and “returned to the American people who founded it.” A selection from a powerful column by Roger Cohen in The New York Times