For the next eight weeks I will be highlighting on this site an overview of talks on the topic "Humanity Challenged" that I will be presenting for Learning Unlimited. Quotations have been sometimes lightly edited and are sourced whenever possible. Most of the longer quotations are linked to the complete article.
d
"People who lack empathy see others as mere objects."
― Baron Simon-Cohen, Zero Degrees of Empathy, 2011

"Hatred is the vice of narrow souls. They feed with all their smallness. They use it as an excuse for their vile tyrannies.”


“Genocide is a process. The Holocaust did not start with the gas chambers. It started with hate speech.”
― Adama Dieng, the UN’s  Special  Advisor on the prevention of Genocide


“We are, I know not how, double in ourselves, so that what we believe, we disbelieve, and cannot rid ourselves of what we condemn.”
― Michel de Montaigne


Conditions that challenge one’s humanity:
•    A lack of integrity or moral compass, and the inability to       respect and demonstrate empathy for others
•    A desire for revenge or to get even
•    The inability to forgive
•    The willingness to inflict harm on others physically or     emotionally through exploitation, humiliation or ridicule
•    The unwillingness to accept personal responsibility
•    A disregard for the rule of law, a free press and an independent judiciary 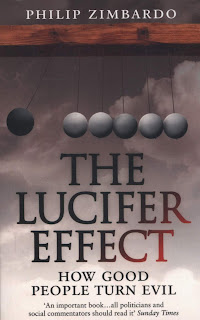 “The most dramatic instances of directed behavior change and "mind control" are not the consequence of exotic forms of influence, such as hypnosis, psychotropic drugs, or "brainwashing," but rather the systematic manipulation of the most mundane aspects of human nature over time in confining settings.”


“Fear is the State's psychological weapon of choice to frighten citizens into sacrificing their  basic freedoms and rule-of-law protections in exchange for the security promised by their all-powerful government.”


“Oppressive language does more than represent violence; it is violence; does more than represent the limits of knowledge; it limits knowledge. Whether it is obscuring state language or the faux-language of mindless media; whether it is the proud but calcified language of the academy or the commodity driven language of science; whether it is the malign language of law-without-ethics, or language designed for the estrangement of minorities, hiding its racist plunder in its literary cheek – it must be rejected, altered and exposed....
It is the language that drinks blood, laps vulnerabilities, tucks its fascist boots under crinolines of respectability and patriotism as it moves relentlessly toward the bottom line and the bottomed-out mind. Sexist language, racist language, theistic language – all are typical of the policing languages of mastery, and cannot, do not permit new knowledge or encourage the mutual exchange of ideas.”
— Toni Morrison delivering her 1993 acceptance speech after winning the Nobel prize for literature
In the US, studies show that in 2015 and 2016, hate crimes
and attacks against Muslims skyrocketed. According to a   2017 Pew Research center analysis, which relied on FBI   statistics, assaults on Muslims have “easily surpassed” post-9/11 levels.
— Alexia Underwood, Vox, April 6, 2018 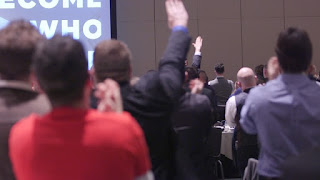 "America was, until the last century, a white country designed for us and for our posterity. It is our creation , it is our inheritance, and it belongs to us. To be white is to be a striver, a crusader, an explorer, and a conqueror. We build. We go upward. We do, and other groups don’t. We don’t gain anything from their presence.” 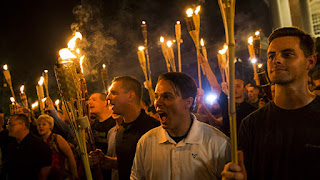 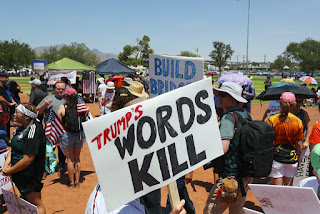 In June 2018, Trump tweeted the following:“Democrats are the problem. They don’t care about crime and want illegal immigrants, no matter how bad they may be, to pour into and infest our Country, like MS-13. They can’t win on their terrible policies, so they view them as potential voters!”

— Cited in a column written by Bret Stephens in The New York Times after the mass killing in El Paso, Texas.

"I’m always thinking about how we move from a moment of propaganda and hateful rhetoric to how that translates into reactions and then ultimately into hate crimes or genocide.”
— Ausma Zehanat Khan 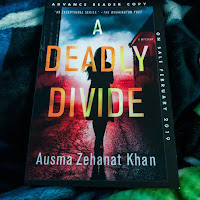 In A Deadly Divide, as in her previous four novels that investigate global issues, Khan deploys the police procedural to explore far-right nationalism, including the toxic online radicalization. Inspired by the 2017 Quebec City shooting at a mosque, her novel opens with a mass shooting in a Quebec community. With a PhD in international human rights law, she has the confidence to tackle these difficult issues and render them accessible for readers of the genre.

“I was born into a prominent white nationalist family — David Duke is my godfather, and my dad started Stormfront, the first major white nationalist website — and I was once considered the bright future of the movement…Several years ago, I began attending a liberal college where my presence prompted huge controversy. Through many talks with devoted and diverse people there — people who chose to invite me into their dorms and conversations rather than ostracize me — I began to realize the damage I had done. Ever since, I have been trying to make up for it.”
— Derek Black, “Why I Left White Nationalism,” The New York Times, November 26, 2016

See an excellent review of Rising Out of Hatred 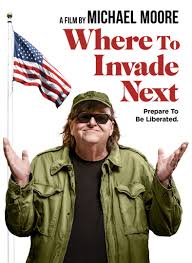 I highly recommend the novel, The Little Red Chairs, by Edna O'Brien for its searching exploration of how the humanity of one of the central characters is severely damaged and how another finds the capacity to reclaim her own. 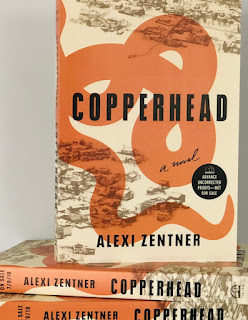 "Alexi Zentner's, Copperhead, spins several threads that eventually knit together. Although the President's name is  mentioned only twice, in reference to the Woman's March that occurred shortly after his inauguration, the novel is firmly ensconced in the Trump era where racial and class tensions have been exacerbated. The novel's incendiary language exploits these divisions mirroring the raw rhetoric the President deploys in his rallies and almost daily tweets. There is an incisive exploration of toxic race relations and the stigma associated with being labeled as so-called 'white trash.' It is also an investigation about the relationship between the alt-right and the religious right in America. Throughout, a teenager navigates through these treacherous landmines, makes a serious mistake and as an adult attempts to address it."
—Robert Douglas, full review

"Anyone who has spent 48 minutes on the phone waiting for a customer service representative can identify with the mounting impatience of the title character in Ken Loach’s scalding cinematic outcry, “I, Daniel Blake.'

That’s how long Daniel, a 59-year-old widowed carpenter recovering from a heart attack, waits to connect with a government representative in the first of many infuriating phone calls. Multiply that frustration a hundredfold, and you can imagine the Kafkian nightmare that Daniel endures as he seeks the restoration of his employment and support allowance from the British state after it was mysteriously taken away. Treated with suspicion, hostility and barely disguised contempt by low-level government officials, Daniel is required to supply exhaustive proof of his disability and of his futile job search.....

What makes the pain of this film bearable is Daniel’s unquenchable decency, courage and perseverance: Mr. (Dave) Johns, who....portrays (Daniel) as a genuine working-class hero with a deep streak of kindness and generosity, a besieged Everyman who reacts to injustice and humiliation with fuming indignation. He refuses to surrender to despair."
— Stephen Holden, The New York Times December 22, 2016 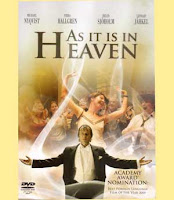 After suffering a heart attack on stage, Daniel Dareus retires from conducting and moves back to a small village in Norrland where he spent some years as a boy. It doesn't take long before Daniel agrees to conduct the local choir and the effect is transformative for both him and the choir members.

"A beautifully crafted film with some outstanding performances. It tells a very human story with fully realized characters but it is also a story about community and art. The choir can only achieve harmony by being open and honest with themselves and each other. It is a meditation on the relationship between art and organized religion." (Unable to locate the source of this quotation.) 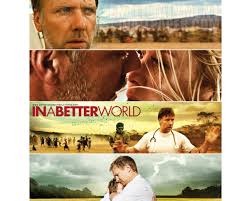 Set in modern day Denmark and what is likely South Sudan In a Better World dramatizes the responses to acts of aggression, whether it is from a warlord, a schoolyard bully or a belligerent mechanic. What makes the film so exceptional is that it questions the inadequacy of passivity and the need for vengeance. The film also illuminates the responses to grief and loss, and the process of healing.

"(Director Susanne) Bier weaves an intricate and sensitive portrait of masculinity and the complexities of male bravado. At what point must you stand up and protect yourself, and what does it mean to stand up and be there better man? And more importantly, what are the dangers of unbridled machismo? Bier explores here themes with dignity and grace, even if they're often a bit too tidy and well defined. The film exists squarely in a world gone mad, but the surroundings almost seem too precise. It's undoubtedly a beautiful film, impeccably crafted and executed, but at times it's almost to a fault. Nevertheless, Bier handles tricky emotional territory with great skill, creating a solid drama with the heart of a great thriller. Her young stars are astonishingly good, and bear the brunt of the film's considerable emotional weight as it builds to a shattering climax. While it may lose a bit of steam afterward, it skillfully juxtaposes outdated masculine ideas versus contemporary societal responsibilities in a consistently engaging way. Bier's bow may be a bit too neatly tied where it should be ragged around the edges, but this is really compelling, and ultimately thought provoking stuff."


"On first introduction, Ove (Rolf Lassgård) is a grumbling, busybody stickler whose pedantic neighbourhood rule enforcement and chastisement is likely to be interpreted as over-the-top. The dry comedy of the establishing scenes is effectively heightened by a signature musical motif, a technique similarly employed in The Lady in the Van. Like its British relative, A Man Called Ove is a hilarious character study. Ove is a delightfully cantankerous man and even has his own damning catchphrase frequently directed at those who cross him, yet by the film’s end a complex and sympathetic portrait has 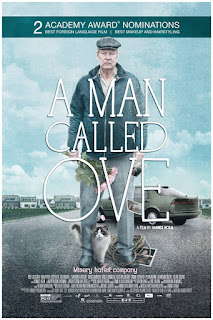 been woven.
Through flashbacks Hannes Holm gradually reconciles the present day Ove with his milder younger self (Filip Berg). Though this is hardly an original technique (the more sentimental and idealised The Notebook is almost identically structured), A Man Called Ove creates a remarkable and unprecedented level of understanding and empathy for its protagonist. By the credits you might just wish Ove was your own neighbour.

A Man Called Ove is told with love and care, and a level of craftsmanship that would make Ove proud. This epic of a life and those it touches advocates for tolerance and breaking down prejudices - surely there is no more worthwhile or timely message. Swedish cinema triumphs again."