The following selection was deleted from That Line of Darkness: The Gothic from Lenin to bin Laden (Encompass Editions, 2013) for reasons of space. I am indebted to the monograph Comrade Pavlik: The Rise and Fall of Stalin's Boy Hero by Catriona Kelly (Granta Books, 2005). 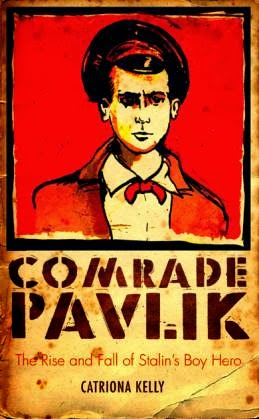 In a climate in which everyone was a potential saboteur or spy, the individual who remained vigilant and exposed enemies, was acclaimed as a hero or heroine of the motherland. A vivid demonstration of the germinating Stalinist psyche (even without the endorsement of Stalin) is illustrated by the myths that were created around a 1932 murder of a thirteen-year old Pavel Morozov. After purportedly denouncing his father to the secret police (in another version his teacher) for hoarding grain and not giving it up to the collective, he was subsequently dispatched, along with his younger brother, by angry relatives. The police and prosecutors scripted the murders as a kulak conspiracy by individuals bent on resisting collectivization. Despite beatings from the secret police to coerce them to confess their participation in this conspiracy, the defendants kept changing their story in the local show trial. Predictably, four of them were shot. Another narrative, reminiscent of the Beiliss case that had transpired under Tsar Nicholas, circulated in local press reports hinting of a ritual murder, exaggerating its “blood thirsty” and “cannibalistic” elements because of the blood from multiple stab wounds and the way the boys’ bodies were spattered with cranberry juice from a fruit-picking expedition in the forest. With the regime ideologically acknowledging the importance of respecting non-Russian nationalities during the early 1930s, any attempt to raise atavistic fears from an anti-Semitic fantasy was quickly aborted and not given national recognition.
.
Had it not been for the efforts of the novelist Maxim Gorky, a local mundane affair probably would have disappeared into the mists of history. As the prime mover in the construction of a cult that fashioned a boy into a Soviet hero who had been killed by enemies of the people when he put his country before his family, Gorky turned a myth into a national cause célèbre. By freeing himself from the darkness of his family’s life, Gorky believed that Pavlik had developed a political consciousness in the family of the Pioneers that enabled him to march with the Party and the Soviet people into the “light and radiant future.” Although he was probably illiterate, he was transformed into an outstanding student who helps other children with their work, an uplifting example of selfless dedication to the state. Because of Gorky’s efforts, Pavlik (as he was now known) was immortalized in illustrated biographies, marble, Socialist Realist paintings, songs and an Eisenstein film as an exemplary civic hero for exposing the evil-doings of kulaks in his village. In the film, the black-haired Pavlik morphs into a blue-eyed blond, ostensibly to make him more classically Russian but his physical appearance suggests an Aryan look, and the plot of the film uncannily resembles a popular Third Reich film, Hitler Youth Quex, which was based not on real events but on a novel. In the German film, a teenage boy is committed to joining the Hitler Youth Movement despite opposition from his brutal Communist father. Soon he unmasks a planned Communist attack on the Hitler Youth, but the Communists exact revenge by murdering the saintly boy who dies still managing to sing a Nazi marching song. It is certainly possible that Soviet propagandists were aware of the plot of Quex and used it to transform a story about an informer that carried ambivalence, if not revulsion for the Soviet authorities, into a martyr for the Communist cause.

Despite the efforts of Gorky, the myth never took off the way its proponents expected— sales of the hagiographic biographies were modest—because by the late 1930s Stalin had become a social conservative and champion of paternal supremacy in the family. He privately vilified Pavlik as “a little swine, denouncing his own father” and later banned the Eisenstein film declaiming that “we cannot allow any small boy to behave as though he were Soviet power itself.” In view of the changing political climate, the cult changed de-emphasizing the father-son conflict and accentuating the need for selfless devotion. Its chameleonic nature was possible because so little was (and is) known with any certainty about the historical Pavlik: he existed and was murdered, likely by older boys over his habitual snitching or a squabble that went pear-shaped. Raised by a single mother after the father absconded with an other woman owing to the pressures of family life and the stresses of collectivization, Pavlik was an angry snitch, who would have denounced to the authorities anyone he hated or bore a grudge because he “starts to recognize that denunciation is a good way of getting attention from the authorities.” He was remembered as a dirty little boy covered in lice, a “shit-head” who smelled and caused trouble, hardly a civic-minded young Pioneer. Yet the fabricated stories fashioned by journalists, police investigators and even by fellow villagers, about who committed this murder and why, continued periodically, especially during the post-Stalinist 1950s, to be peddled to generations of children. By the 1940s, however, Pavlik was increasingly supplanted by a fictional hero, Timur, whose targets were low-level and safe: exposing juvenile hooliganism while avoiding the pitfalls of adult denunciation. His heroic actions were supported by adults of authority such as a Colonel of the Red Army, and the popularity of stories and novels among readers eclipsed that of the iconic Pavlik. 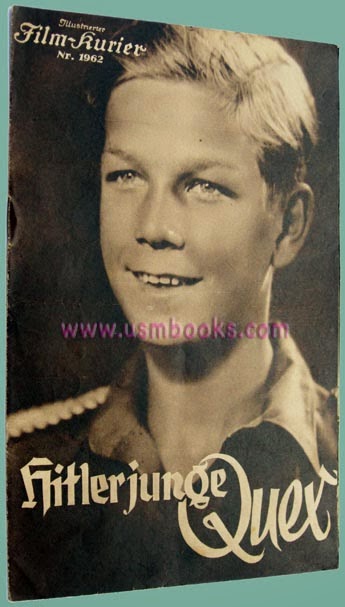 That people did not like a tattler, particularly one who betrayed his own father, largely explains the ambivalence about and antipathy toward the canonization of Pavlik. Even the wannabe Pavliks did not denounce their own fathers and mothers, at least not until their parents were convicted. After his father had been arrested and dispatched to the camps, one young man was exiled into a remote corner of the country instead of being drafted into the army. In time he succumbed to feelings of rage and despair about his condemned father that he conveyed in a letter he wrote to President Kalinin: “If I had known that he was an enemy of the people, I would have shot him dead myself. Soviet authority turned out to be more lenient, yet it treated me, his son more harshly.” As for himself, his loneliness was driving him to thoughts of suicide; barring that he could end up in a madhouse as his mother did. In the intensity of feeling towards a father, this account was exceptional, even by those who denounced a parent after a conviction; instead, most young people targeted people in the surrounding community: neighbours, teachers, and schoolmates. But drawing attention to these young people should not obscure the larger reality that adults engaged in the vast majority of denunciations: bosses, colleagues, neighbours.
Posted by Robert A. Douglas at 15:06