This review of Joyce Carol Oates, Carthage originally appeared in Critics at Large. I have posted it on this site because the problem of PTSD of American soldiers from America's current wars is touched upon in Chapter 19 of That Line of Darkness: The Gothic from Lenin to bin Laden (Encompass Editions, 2013). 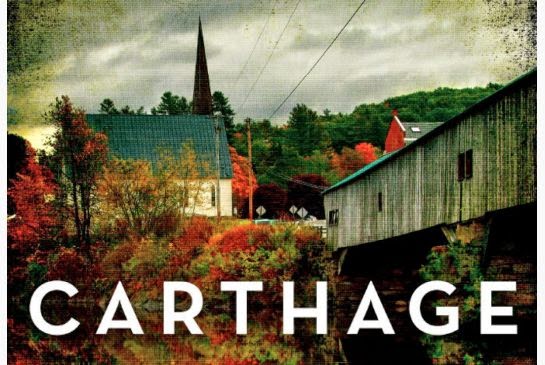 The first thing that I noticed about Joyce Carol Oates’ gripping, almost visceral novel, Carthage (HarperCollins, 2014) is that the title resonates with associations from the ancient world. There is Virgil’s jilted Dido, queen of Carthage, spurned by Aeneas, who put service to nation above love. Carthage is also the city state in North Africa where the Romans soundly thrashed the Carthaginians and then covered the area with salt so that nothing could grow. Both of these associations reverberate throughout the novel which is mainly set in the small town of Carthage in upper state New York. It is about the damage individuals inflict on one another and the toxic repercussions of war in a small American town. The individuals most affected are either forcibly relocated or move away so that they can get on with their lives. Metaphorically, Carthage has become covered with salt.

Structured in three parts, Carthage begins with Zeno Mayfield and a search party who are on the hunt for Mayfield’s missing nineteen-year-old daughter, Cressida, in the Adirondack woods. The first part chronicles in 2005 the mysterious circumstances leading up to and surrounding the girl’s assumed murder. The night before, Cressida—a spiky, brainy and troubled loner—had uncharacteristically gone to a rowdy lakeside tavern, where she met and left with her older sister Juliet’s ex-fiancé, Brett Kincaid, a onetime Carthage High football star, now a decorated Iraqi War hero. Suspicion falls upon him the morning after Cressida’s disappearance when he is discovered passed out in his pickup in a nature preserve and her blood is found in the truck. Given that her body is not found, the legal procedures and the grieving process in her family become more complicated. What begins as both a carefully crafted suspense thriller and family drama expands into a layered exploration individual culpability and how violence affects families, especially women. Oates suspends judgement by letting her characters provide their own perspectives in alternating passages and sometimes whole chapters.


Most of the first part are given over to the Mayfield family, how they perceive (and misperceive) each other and themselves. Cressida resented how the community of Carthage, and by implication her parents, saw her as “the smart one,” meaning “too smart for her own good” while her sister, Julia, was the “pretty one.” She believed that her devoted parents' "love for her was a kind of pity, like love for a crippled child, or a child dying of leukemia." Yet Cressida regards herself as homely and unloved, while dismissing her popular sister as a shallow, former prom queen, whose religious piety is the product of a “weakened mind.” Although her mother, Arlette worries about communication with her younger daughter, she feels intimidated going into her missing daughter’s room and believes that Cressida is only capable of detachment and indifference. Her father, Zeno, is perhaps even harsher: he looks upon his younger daughter as “difficult” and “steeped in the ink of irony as if in the womb.” “It was like Cressida to laugh in your face. Squinch up her face like a wicked little monkey” as she does when taking delight in snipping threads on her sister’s cashmere sweater; she can barely disguise her pleasure when Julia announces the end of her engagement with Brett. In a drawing inspired by the Dutch twentieth century lithograph artist, M.C. Escher, Cressida mockingly illustrates her family to demonstrate that "earnestness, repeated, suggests idiocy." However, reading the chapters from her parents’ perspective, and especially from Julia’s, it becomes clear that Cressida’s understanding is considerably skewed. For instance, Julia possesses much greater substance than attributed to her by her cynical sister: religion becomes her source of solace as she demonstrates a serene personal strength under the most trying circumstances when she encouragingly supports the uncommunicative Brett.

The most gripping passages belong to Brett Kincaid. A few months prior to Cressida’s disappearance, Brett returned from the Iraq war carrying an overwhelming burden of guilt for witnessing (and perhaps being complicit in) the murder and mutilation of Iraqi civilians. This premise suggests a similarity with Brian de Palma’s 1989 powerful film, Casualties of War, about the turmoil experienced by a veteran returning from the Vietnam War who witnessed the rape and murder of a Vietnamese woman and the obstacles he encountered from his superiors who tried to dissuade him from taking his fellow platoon members to court for committing a war crime. On the surface, it is an understandable comparison because Brett is also warned that his safety and security cannot be guaranteed if he pursues this case. The suggestion of war crimes is also reminiscent of Phil Klay’s recent magnificent collection of short stories in Redeployment, especially “Prayer in the Furnace,” about a Marine chaplain in Ramadi who begins to pick up signs that the infantrymen in his combat-weary battalion, led by a hyper-aggressive commander, are committing war crimes. Perhaps the best comparison is the 2004 Danish film, Brothers, about a broken Afghanistan veteran who takes his rage out on his family when he returns home.

What distinguishes Brett’s situation is that he is disfigured having incurred severe physical facial and head wounds. He has an “intraocular lens in his mangled left eye. Titanium implant holding together the broken skull. The skin/skins of his face stitched together.” Furthermore, he returned home cognitively impaired and psychologically damaged. He is still living, but in his mind he “died when the grenade exploded.” Prone to outbursts of violence, he descends to a dangerous level when he mixes his passel of meds with alcohol. It is in this state of mind that he encounters Cressida at the bar.

After Brett is arrested, he confesses to killing Cressida in a meandering seven-hour non-coerced videotaped interrogation. But he has no memory of the girl’s death. “He’d hit her, or maybe he’d shoved her,” he guesses, before lapsing into confused hallucinations of his platoon’s grisly attack on an Iraqi family in Kirkuk. Since the explosion inside his head, Brett is struggling to distinguish current interrogations from past ones, his fractured memories of the missing girl from his nightmarish remembrances of a girl he saw murdered in Iraq. Oates skillfully blurs these memories in order to drive home the connections between masculine violence in peace and in war, especially how it is acted out against female victims. The first part ends with Julia reading a letter Brett wrote to her before he departed for Iraq that contains some of the most heart-rending passages that I have ever read. 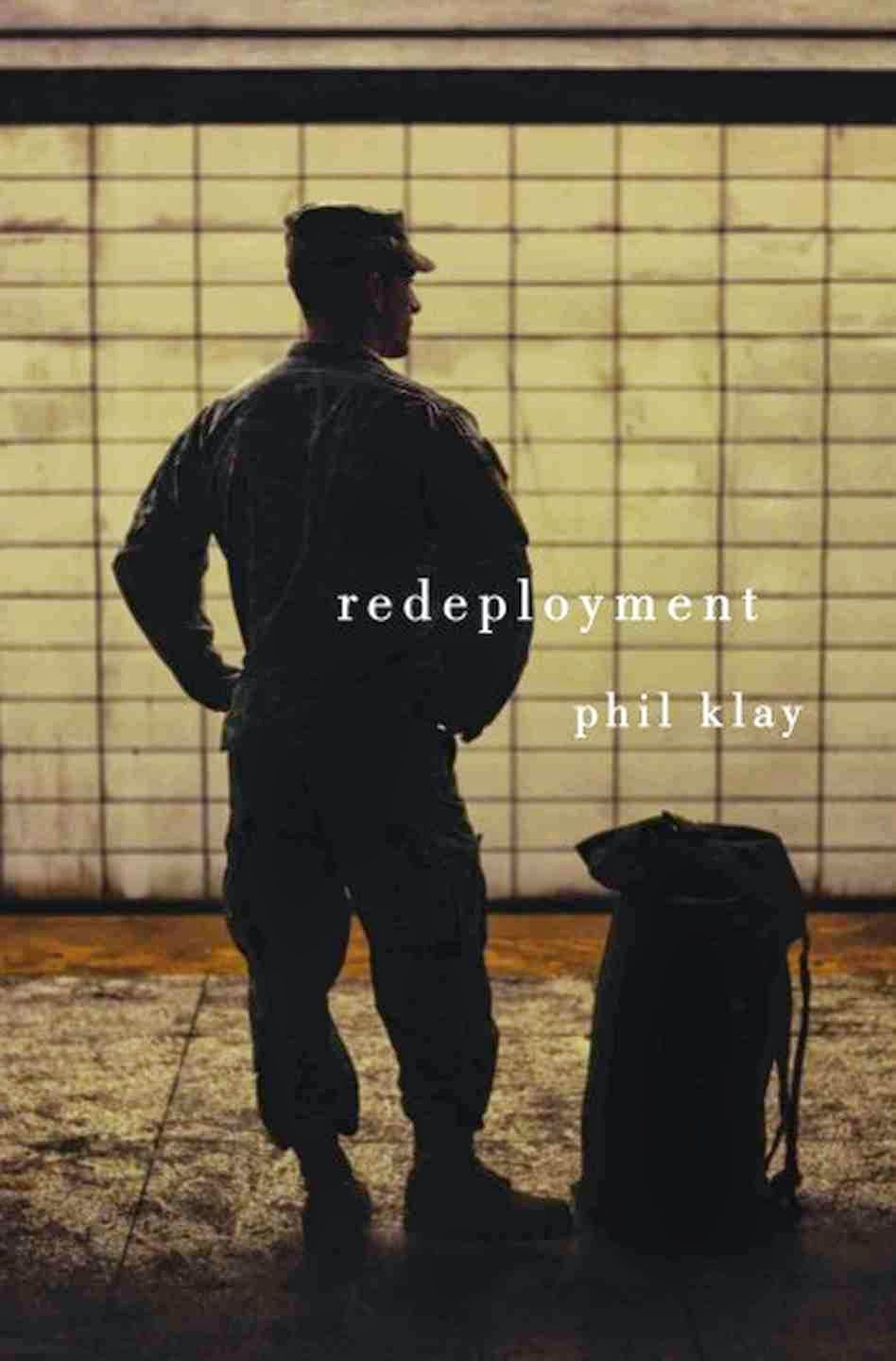 We have not reached page two hundred in an almost five-hundred page novel before Oates takes a hairpin turn in the narrative by setting the next part in Florida seven years later. An eccentric investigative journalist, known primarily as the Investigator is interviewing a young woman named Sabbath McSwan for an intern position. In the tradition of the muckraker, Upton Sinclair that Oates explored in The Accursed, the Investigator has written a series of exposés entitled Shame! He is currently working to expose conditions on death row. The two of them become members of a maximum security prison tour that is indeed harrowing, a vignette that was inspired by a personal experience of the author. In March 1984 Oates took a guided tour through a New Jersey prison facility, which she regarded as one of the most humiliating of her life. When men stared at her, she felt reduced to her sexual identity and the occasion traumatized her. In Carthage, a sadistically gleeful guide forces his group to sample prison food, walk “round the block” with murderers jeering and grasping at them before culminating the tour with a visit to the execution chamber that turns out to be shattering experience for Sabbath because it evokes painful memories from her past.

As powerful and riveting as this account is, this section initially appears disjointed from the ordeal of the Mayfield family. Oates has, however, a larger purpose: to connect the violence of war and its consequences on the domestic front with the wider violence within society that is expressed by the utter inhumanity of long-term incarceration. Oates skillfully knits the first two sections, the connections between Sabbath McSwan and Cressida Mayfield, and then takes us back to Carthage to examine what has happened to the Mayfields and to Brett Kincaid in the last seven years.

As one might expect, their lives have utterly changed. A once close-knit family has been decimated by grief and grown apart. But unlike the first section, Oates suffuses a compassionate tenderness into the final chapters as characters are depicted in more fully rounded or three-dimensional ways. That compassion extends to Brett, who in prison has found his voice and a mentor. He comes to understand what did happen in Iraq as he gropes toward self-knowledge. Oates sketches out a scene about Brett before he went to war which reveals a kindness that is in no way hinted at in the first part of the novel. A surprise is in store for readers that they may or may not have anticipated. I can only say that this development results in a greater maturity for the characters as they strive toward acknowledging that the choices they made, and the reasons for those choices, have damaged others while simultaneously they search for ways to go forward that might offer both reparation and self-acceptance. Yet Oates is no sentimentalist; she understands that not everyone can shed bitterness when a part of their life has been irrevocably torn away—at least not for a time.
Posted by Robert A. Douglas at 12:31