"Dr Rieux decided to write the account that ends here, so as not to be one of those who keep silent, to bear witness on behalf of the victims to leave at least a memory of the violence and injustice that was done to them, and to say simply what it is that one learns in the midst of such tribulations, namely that there is more in men to admire than to despise."
—Albert Camus, The Plague

"I take away (from his works) the compelling idea that there is serious evil in the world today, and hardship and pain. And we should be humble and modest in our belief we can eliminate these things. But we should not use that as an excuse for cynicism and inaction."
—Barack Obama writing on the back cover of the reissued The Irony of American History (1952) by Reinhold Niebuhr

In 2004, Graphic pictures of prisoners being abused by U.S. military personnel in Iraq’s Abu Ghraib prison were given to journalist Seymour Hersh and the CBS News TV show, 60 Minutes II and then, made public.  Amongst photographs of prisoners of war being tortured in compromising position, one shows naked Iraqi detainees piled on top of each other, with U.S security personnel showing thumbs-up signs in the background.
Joe Darby, a U.S. reserve soldier stumbled upon the pictures on colleague Charles Graner’s camera while posted in Abu Ghraib.  It took him a few weeks before he decided he had to tell.  Darby was promised anonymity, but then Secretary of Defence, Donald Rumsfeld exposed his identity while publicly thanking him on television.
He was quickly shipped home to the U.S. and given armed protection for a few months. 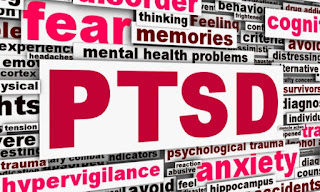 For my review of two books that explore PTSD and suicide in the military see  http://www.criticsatlarge.ca/2015/04/notes-from-other-side-evil-hours-and.html

Idris Elba stars as Nelson Mandela in this sweeping biography of the South African leader, which tracks his life from his beginnings as a revolutionary through his 27 years of incarceration, all the way up through his election to the presidency. The film is rightfully brutal in its depiction of the horrors of apartheid, rarely holding back when it comes to that dark period of recent history. The film also devotes a significant portion of screen time to Mandela’s wife, Winnie (Naomie Harris), a major revolutionary figure in her own right.
Elba does a fine job in his portrayal of Mandela, from his days as a young lawyer to the grey-haired leader of his later years. (There are points where the makeup fails or his accent sounds off, but these distractions are infrequent.) The film’s biggest fault is that it tries to bite off too much. In its sprawling attempt to cover the entirety of Mandela’s life, several sections feel glossed over, even at a runtime of two and a half hours. Biopics of similarly large scope often fall prey to this problem; no matter how savvy the screenwriter, it’s hard to adapt a 600-page autobiography to the silver screen.
Posted by Robert A. Douglas at 15:44