The soldier, be he friend or foe, is charged with the protection of the weak and unarmed. It is the very essence and reason for his being.
—Gen. Douglas MacArthur, 1946 cited by Trent Angler in The Forgotten Hero of My Lai: The Hugh Thompson Story, 1999.

The Guardian January 11, 2006
Hugh Thompson, who has died aged 62, was the helicopter pilot who tried to halt the My Lai massacre of more than 500 villagers by American troops during the Vietnam war. At one point, he rescued 15 defenceless civilians while training his machine guns on US infantrymen commanded by the infamous Lieutenant William Calley, threatening to shoot if they did not stop the slaughter.


By the time he arrived in Vietnam in late December 1967, Thompson was a 25-year-old chief warrant officer reconnaissance pilot with the 123rd Aviation Battalion. On March 16 1968, he was flying his H-23 scout helicopter, with its three-man crew, over a part of Quang Ngai province known as Pinkville, supporting a three company search-and-destroy assault on several villages, which faulty intelligence had indicated were heavily defended by Vietcong troops. The US 1/20th Infantry Battalion attack was led by Charlie Company, commanded by Captain Ernest Medina, who sent in the 1st platoon, led by Calley, to clear out My Lai and several neighbouring hamlets.
Charlie Company was bent on revenge; days earlier several of its members had been killed by Vietcong mines and booby traps. Without a shot being fired against them, Calley's men began slaughtering anyone they could find - old men, women and children. Groups of villagers, 20 and 30 at a time, were lined up and mown down. In the four-hour assault, the men of the 2nd and 3rd platoons joined in.


Early on, Thompson spotted a young woman injured in a field. He dropped a smoke cannister to indicate she needed medical help; he claimed in a court martial later that Medina went over and shot her. During the massacre, Thompson discovered the bodies of 170 executed villagers in a drainage ditch. One of his crew rescued a child and flew it to hospital at Quang Ngai.
In another incident, he challenged Calley to help a group of civilians hiding in a bunker rather than attack them. When Calley refused, Thompson ordered his helicopter gunners to open fire on the 1st platoon if they advanced any closer. He then called down gunships to rescue the civilians.
Advertisement
On returning to Chu Lai military base, Thompson reported everything to his commanding officer. But a local inquiry whitewashed his complaints, claiming the civilian deaths had been caused by artillery fire. An elaborate cover-up ensued and Thompson was awarded the Distinguished Flying Cross for saving the lives of Vietnamese civilians "in the face of hostile enemy fire" - he threw the medal away, believing his commanders wanted to buy his silence.
A year later, the Pentagon learned the truth and a high-level inquiry was conducted by Lieutenant General William Peers. Thompson later appeared as a witness at the courts martial of several men involved in the massacre or the cover-up, though the only person convicted was Calley, who served a few months in jail before having his life sentence reduced and being given parole.
During his time in Vietnam, Thompson was shot down five times, finally breaking his backbone. He received a commission, but back in America some colleagues regarded him as a turncoat. When evidence of the atrocity was finally made public in late 1969, he was castigated by pro-Vietnam war politicians in Washington.
It was only 30 years later that Thompson was recognised as a genuine American hero by the Pentagon, after a nine-year letter-writing campaign. The US army had initially wanted his Soldier's Medal, the military's highest award for bravery in peacetime, to be presented quietly, preferring to keep what happened at My Lai in the background. But Thompson resisted. He wanted a ceremony at the Vietnam memorial in Washington, DC, and the bravery of his fellow crew members recognised as well. In March 1998, he finally got his wish.
Thompson was born in Atlanta, Georgia, to strict Episcopalian parents, and moved to nearby Stone Mountain when he was three years old. His father served with both the US army and navy during the second world war and spent 30 years with the naval reserve. His paternal grandfather was a full-blooded Cherokee Native American, forced off tribal land in North Carolina in the 1850s and resettled in Georgia. Thompson joined the US navy in 1961, and spent three years with a Seebees construction unit. After a brief return to civilian life in 1964, during which he became a funeral director, he re-enlisted in the army, as it was becoming engaged in Vietnam.
The My Lai experience affected him badly. He grappled with alcohol and had several failed marriages. After service in Korea, he returned to the US, dropping the name Hugh and calling himself Buck as a way of distancing himself from past events. He left the army briefly and then re-enlisted, flying with medical evacuation units and instructing trainee pilots. He retired from the army in November 1983 and worked as a helicopter pilot for oil companies in the Gulf of Mexico. Later he was involved with the Louisiana department of veteran affairs for six years, giving lectures to students and schoolchildren and speaking about ethics to military academies.
After his role in trying to stop the massacre was recognised in the US, Thompson and his surviving crew member, Larry Colburn, were taken back to My Lai, where they were introduced to three women who had survived the massacre. On a second visit three years later, he met an electrician from Ho Chi Minh City who, aged nine, had been one of the children Thompson had rescued from the bunker.

"Having read Hersh’s original reports about the My Lai killings, I was sorry that his recent article about the shameful events omitted one redemptive scene. Observing the killing in progress at My Lai, the helicopter pilot Hugh Thompson, Jr., landed his craft and came between troops and Vietnamese civilians. Covered by his gunner, Lawrence Colburn, and the crew chief, Glenn Andreotta, Thompson advanced on a group of American soldiers and successfully commanded them to stop the attack. He then helped the Vietnamese evacuate. Thompson was subject to abuse for his actions, and one congressman reportedly said that he was the only serviceman who should have been punished for what happened in My Lai. Thirty years later, in 1998, Thompson and his colleagues were awarded the Army’s prestigious Soldier’s Medal (Andreotta posthumously). If My Lai needed some redemptive action to mitigate its horror, this was that moment." 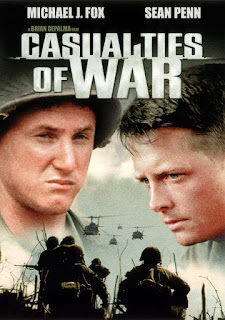 "In the late '60s, TV coverage of the Vietnam War gave it the repetitiveness of a bad dream. That's probably what Brian DePalma is after in Casualties of War: a nightmare, reeking with blood, tears and cold sweat.
Taken from a real-life incident, DePalma's movie turns into a battle epic with a screw loose. It conveys a sense of moral quagmire, of sinking into squishily dangerous terrain, honeycombed with tunnels and traps, all hell exploding around it. That's the imagery of the movie's first battle scene, a taut prologue for a superb film.
DePalma may have found here the perfect arena for his darkly voluptuous expertise. Working with a David Rabe script that uses Daniel Lang's New Yorker reportage, he gets a bad-dream Vietnam. This isn't reality but hyper-reality: war as experienced in the oscillations between fatigue and terror, or recalled by someone fighting back the horror of his recollections. There's a moral charge to the action, but it's also swooningly exciting, coldly scary. Every friend may be an enemy, every innocent a traitor.
Lang's book revolved around a brutally shocking 1966 incident in which the leader of a five-man reconnaissance squad, Sgt. Tony Meserve, informed his men that, before setting out on their mission, they would kidnap a Vietnamese farm girl, rape her en masse and then murder and dump her to cover their tracks. Astonishingly, all the men went along with this plan, except for one upright Minnesota farm boy, Sven Eriksson--like the others, a fictitious name--who refused to participate and later tried to bring his squad mates to justice..."
—Michael Wilmington 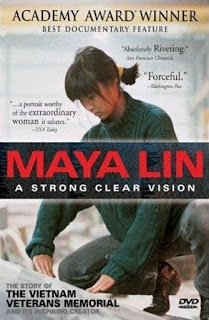 This memorial is now thought to be the most successful and beloved public work of our time. It is so simple, so elegant, that it makes its statement without even trying. The long arms of marble enclose us. We see the names of the dead. We are left with our thoughts.
The most arresting scenes in the documentary Maya Lin: A Strong Clear Vision are about the miracle that this memorial was even erected at all—about its opponents, who would have replaced it with something ordinary and mundane.
Today, when the memorial is universally beloved, such men as Pat Buchanan and Rep. Henry J. Hyde (R-Ill.) are not quick to remind you that they fought against it, in ways that do not reflect well on their judgment or taste....
Maya Lin: A Strong Clear Vision, written and directed by Freida Lee Mock, tells the story of how Lin designed the memorial, and how it came to be built. It follows her over the next 14 years, as she matures from an insecure student to a confident professional, and designs other public works, including the Civil Rights Monument in Montgomery, Ala. "
—Selections from a review by Roger Ebert 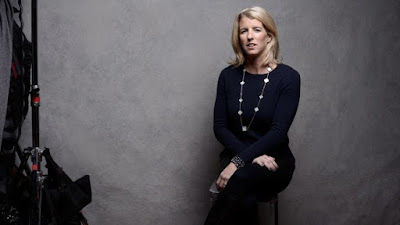 "Last Days in Vietnam is a ticking time bomb of an account of what happens when war – any war – ends. Images of desperate Vietnamese scrambling over embassy walls and dangling from helicopters became icons of the American failure in Southeast Asia. Kennedy interviewed everyone from Henry Kissinger to a notorious CIA agent to several former South Vietnamese officers, and she pulled together previously undeveloped film and archival TV footage. Some of the images are astonishing – in one sequence, American sailors pitch helicopters overboard to make room for choppers bringing more evacuees.
Kennedy decided to make the film because she anticipated American soldiers would be leaving Iraq and Afghanistan, and she wanted to focus on the human cost of after-war. "One of the lessons I learned is that when you engage in a war, you can lose control of the events, even if you have intention and strategy," she says. "We need to be asking, 'What is the endgame and strategy? What happens when we leave? What happens to the people who are left behind, our partners, colleagues and friends?' "
—Selections from a review by Nina Burleigh January 23, 2015