This review originally appeared in Critics at Large. I am reproducing on this site because Simon Mawer's  protagonist, Marian Sutro, demonstrates a heroism that is missing in That Line of Darkness: The Gothic from Lenin to bin Laden (Encompass Editions, 2013) but here PTSD reinforces what I did write about.


Simon Mawer’s The Girl Who Fell from the Sky (Little, Brown 2012) – the American edition is Trapeze (Other Press, 2012) – and its sequel Tightrope (Little, Brown, 2015) is like reading two parts of the same novel. The more ambitious Tightrope can be read independently, but I think readers can derive more pleasure if they begins with the first. Reminiscent of Sebastian Faulkes’ Charlotte Gray, The Girl chronicles the war efforts of a young English woman with a Catholic francophone childhood who is recruited by the Special Operations Executive (SOE), the spy network, to become a secret agent. In the Scottish Highlands, Marian Sutro attends a school for spies where she undergoes commando training and learns among other skills how to survive interrogation. She is ultimately parachuted from an RAF bomber into the South-West of France to join the Resistance, along with a young irreverent Frenchman, Benoit. Although the work she knows will be dangerous and fraught with risk, Marian “felt only a great rush of excitement.” Throughout, she displays her bravery and when the occasion calls for it, she becomes a ruthless killer. 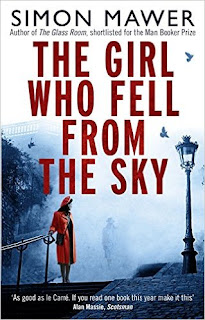 Although a fictional figure, Marian’s war years may remind readers of Violette Szabo, whose life and death is immortalized in the stirring 1958 British film, Carve Her Name with Pride, or the 1950 film Odette that dramatizes the wartime experience of the real-life French spy, Odette Sansom, who survived Nazi interrogation and the hellhole of the Ravensbrück concentration camp. Sansom’s ordeal and the film are frequently referenced in Tightrope. But these films are infused with a 1950s sensibility – unambiguously patriotic, laced with stiff-upper-lip stoicism and restraint – that are absent or at least shaded in Mawer’s twenty-first century novels, particularly Tightrope. Albeit different in tone, both novels are gripping, evocative recreations of the war against the Nazis and the early Cold War period.

The most powerful scenes in The Girl occur in the latter part of the novel when Marian is dispatched to the more dangerous, occupied Paris where spies, informers and the Gestapo seem to be lurking everywhere. Mawer's evocation of the city is grimly atmospheric, tense and rendered dingy by fear and hardship. Fear and mistrust are palpable as Marian navigates around Paris trying to evade a tail and carry out her mission. She is entrusted to find out about the fate of members of a network that has been betrayed and extricate its only survivor, and contact Clement Pelletier, a nuclear physicist, an old family friend, and the teenage Marian’s first love, to help smuggle him out of the country to Britain. Romantic complications and Pelletier’s reluctance to leave France put the success of that part of her mission in doubt and there is some question about the loyalty of the sole survivor of the destroyed network, a woman with whom Marian trained in Scotland. She fulfills one of her tasks – think of the final send-off in a Second World War movie – but is betrayed and finds herself in the clutches of the SD, the intelligence wing of the SS, leaving Marian’s fate uncertain. We know that there will be a sequel.

Although The Girl is a compelling thriller, it does follow a familiar well-trodden ground. Yet I believe it acquires greater resonance if one reads Tightrope because the sequel demonstrates that the relatively short period of Marian’s life preparing for and her life in the field as a secret agent during the war is the most important factor in shaping the rest of her life. The novel is by turns a portrait of a damaged woman, an exploration of the enduring appeal of living a life of secrecy and deception, and the Cold War politics surrounding nuclear research.

Tightrope is framed by present-day interviews between the elderly Marian and Sam Wareham, a retired security officer, whose obsession with Marian began when he was preteen and she was in her early twenties, a relationship that strangely mirrors in reverse Marian’s relationship with Clement Pelletier. Sam has been asked by the British authorities to find out what she remembers.He also serves as a somewhat intermittent and occasionally unreliable narrator of the novel. Then we are catapulted back half a century to an air base in England where an emaciated, traumatized Marian,resembling “an anatomical model showing the joints and bones and sinew but little of the substance,” disembarks slowly from a plane and begins what will be a long journey to recovery. Physically debilitated, broken in mind and soul, and burdened by survivor’s guilt, she is haunted by her experiences of torture in Paris, and of Ravensbrück concentration camp in Germany. Mawer spares us most of these grisly details of her brutal treatment but not the harrowing psychological aftermath. When she sees Odette with Sam and his family, a film that echoes her own experience, she comes close to having a catatonic relapse.To his credit, Mawer sympathetically presents Marian as a soldier suffering from what we now call PTSD. 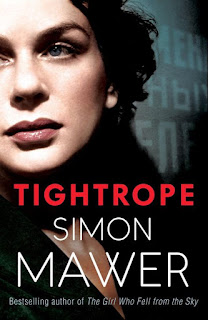 Unfortunately, Marian’s experiences of arrest, torture and the camp are utterly alien to civilian comprehension in post-war Britain. Its need for not talking about such things but ‘getting on,’ renders Marian’s life nearly unbearable when she is fussed over by her parents and family friends. She does find some relief and insight from a psychiatrist who once worked with veterans of the Great War along William Rivers at Craiglockhart. (Anyone who has read Pat Barker’s war trilogy or has seen Behind the Lines will be familiar with the gifted Rivers.) But Marian’s training makes her cautious and she is selective about what she reveals to him. Moreover, the prospect of her finding meaningful work that does not require her SOE learned-skills seems soul-crushing for her. Mawer’s period detail of the gray, impoverished gloom with its dowdy clothes and rationed food is superb. Suffering from flashbacks, Marian craves anonymity not the publicity from being awarded medals, yet she longs for the thrill that she once experienced living “life in the shadows.”

With her two wartime lovers unavailable, Benoît is dead and Clement married – their memories remain firmly etched in her mind – Marian drifts into marriage with Alan Walcott, an ex-pilot, described by Sam as a “two-dimensional sort of chap,” whose initial kindliness curdles into a terribly mismatched relationship that turns for her into a marriage of indifference. She is burdened by his over-solicitousness – without any insight into her condition – his conventional politics and his contempt for her gay brother Ned, a nuclear physicist. It is as if her life of empty normality was merely her latest cover story, but for what, a life of trysts since sex appears to be the only way she is able to feel anything.At one point, walking with a lover, “she felt it again, that shock of lust that she loved and hated – the kick that was like a drug, a surge of delight and liberation sweeping her up to the summit of sensation; and on the other side of the peak, the slope down which she slid into something resembling the shame.” She does possess the awareness that adultery is similar to the deception she once practiced but she needs more than that to give her life meaning. Mawer’s portrayal of Marian over the first hundred pages reminds me of the 1985 film Plenty, a drama about a flawed woman who once lived intensely as an English fighter in the French Resistance, and now feels that she is hardly living at all.

The novel also includes a strong political dimension. Ned’s belief that the future can only be secured if the USSR has also access to the atomic bomb, and Marian’s desire for peace at any price after the devastations of the last war motivate her to become a point of contact between British and Soviet scientists, arranging the exchange of information about the West’s nuclear programmes.When her former handler informs her that her new job in a pro-peace group is financed by the Soviet Union, he is able to draw Marian back into "the spider’s web of intrigue and betrayal" that is Cold War espionage. He re-recruits her to spy against the Russians and to try to turn Absolon, a spy at the Soviet embassy in London. Although re-energized, this form of espionage does not contain the same excitement that she experienced when she joined the SOE to fight the Nazis when the world could be seen in black and white terms. But this time she is desperately trying to protect her gay brother, who is vulnerable to blackmail from both the Russians and the Brits. In this gray world of double crossing, the intelligence services of both countries are potential threats, especially after she falls in love with Absolon. Yet she is tough, knows how to dissemble, is resourceful, and who with the assistance of the besotted twenty-year old Sam, conceives and carries out an audacious plan that will alienate both sides.

Tightrope reminds me of the moral maze of a John le Carré Cold War novel. Rarely does one read a fictional account that offers a sympathetic account of individuals who are not motivated by personal gain or even ideology but believe that sharing nuclear research with a former ally is in the world’s best interest. At best such individuals are usually considered naïve; at worse they are deemed traitorous. But in Mawer’s non-judgmental rendering, the reader regards them, particularly Marian, as not naïve about the Soviet system, or traitorous. He may not agree with their politics, but given their life experiences, he can better understand their motivations. On both the political and personal level, Tightrope is an absorbing, challenging and psychologically insightful book
Posted by Robert A. Douglas at 13:13