This overview of favourite books originally appeared in Critics at Large and I am reproducing on this site because it contains book about transgression and my more recent interest in reclaiming our humanity or exploring the better sides of our nature.

I have reviewed some of the following selections (link provides); all were read in 2015 and about half were published this year.  – Bob Douglas

All the Colours of Darkness by Peter Robinson (2008) was the first police procedural that I read that feature DCI Alan Banks. I was so gripped by the novel that I continued to read several more from the series but none of them surpassed its originality. We are never in doubt about the identity of the perpetrator but Robinson imaginably unfolds the why and the how by watching an amateur production of a Shakespearean drama about jealousy. 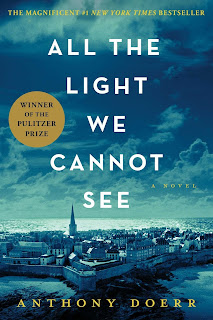 All the Light We Cannot See by Anthony Doerr, the winner of the 2015 Pulitzer Prize for fiction, is a dual account about an albino child prodigy in Nazi Germany and a blind girl in France before and during World War Two. Werner has an astonishing skill for fixing radios that earns him a place at a training school for the Nazi military elite. Then his talents are put at the service of the Reich to identify the sources of enemy transmissions, a task which will challenge his essential decency and morality. These chapters chillingly recreate the fanaticism and thuggery that we associate with the Third Reich and are among the best in the book. To compensate for her blindness, Marie-Laure’s father builds a model of the neighbourhood for her so that she can memorize it by touch and navigate her way home. When the Nazis occupy Paris, the two of them flee to the walled citadel of Saint-Malo to live with his uncle who uses his radio transmitter on behalf of the Resistance. The lives of Werner and Marie-Laure will intersect during the Allied invasion. Despite an unnecessary subplot about a valuable and dangerous jewel and a few stereotyped minor characters, Doerr unfolds a completely new tale about a familiar terrain, one that Dickens might have written had he lived in the twentieth century.


Between the World and Me by Ta Nehisi Coates is written in the maverick spirit of the late James Baldwin. This disturbing treatise-cum-memoir about the vulnerability of the black body both in the past and the present continues to be timely with the recent release of a video showing an African-American young man being executed by a Chicago police officer and reports of a black site where individuals were detained and tortured. 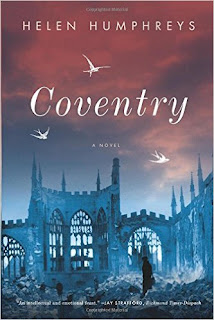 Coventry (2009) by Helen Humphreys is the second of three novels set in England during World War II and it may be the best of them. That the city was fire bombed on 14 November 1940 and was largely destroyed may be well known, but Humphreys draws upon her research to craft a compassionate, quietly moving novel of two women’s ordeal through hours of fire and fear. Beginning with Harriet Marsh looking up at a "bomber's moon" from the cathedral, Humphreys loops back to the widow’s younger self, a farewell to her husband whom she has just married as he sets off for war followed by an exchange with another young woman whom she has just met on a tram where both feel the flush of hope and excitement. These happy moments constitute only a few pages but they will resonate years later during the firestorm in the encounters between Harriet, Jeremy, a young man with whom she shares fire watching duties, and his mother Maeve. What occurs on that night will affect them for the rest of their lives, and their relationships are chronicled by a writer with a poet’s sensibility.

Did You Have a Family by Bill Clegg is written in a similar vein: modestly understated, graced with tenderness but without a trace of sentimentality and deeply moving. The novel opens in a small Connecticut town on the morning of June Reid’s daughter’s wedding and a disaster of colossal proportion occurs killing her whole family. Only June survives. In a single stroke she has lost everyone she loves, and after the funerals she leaves to travel west to a seaside motel where she now resides, rarely leaving her room. Our first impression will likely be that this book is too sad to read any further. Yet if you do, you will be rewarded by small acts of kindness, courage and confessions from unexpected sources by people who harbour secrets. Clegg leavens the sadness we might feel by structuring his novel through multiple voices that relive their past and rue some of the decisions they made. And yet he does not ignore the gossip and small-mindedness of some of the locals from the town where the explosion occurs. Since this is largely an introspective novel, little of it is set in the present. 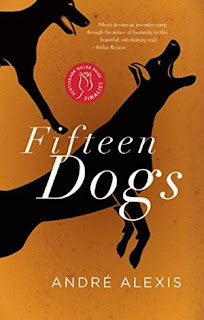 Fifteen Dogs by Simon Alexis is a worthy winner of the 2015 Giller prize for the best Canadian novel of the year. It begins with the conceit that after fifteen dogs are endowed with human intelligence and consciousness: how will they react, will any of them be happier? Some revolt against their new awareness and wish to return to the old instinct-driven ways where physical needs and their place in the social hierarchy were all that were necessary. And they will resort to any means to preserve the old ways. Yet some dogs embrace their humanness – manipulative, philosophical and poetic – and the chapters that focus on them are the most compelling. Alexis’ allegorical novella is the most satisfying tale about animals since reading Animal Farm many years ago.

Last Night in Montreal (2009) is the debut novel of the Canadian-born writer, Emily St. John Mandel, which explores the theme of abrupt departure, a thread that she continues in her three subsequent novels. In the first three, an individual decides to disappear while in her latest more widely acclaimed Station Eleven a pandemic destroys our civilization. InMontreal, a young woman without any warning slips out of her lover’s apartment in Brooklyn and disappears. For her, it’s the continuation of a lifelong series of flights, which began at the age of seven, when her father absconded with her and raised her as a fugitive, shuttling from one American town to the next. Even after he decides to settle down, she continues her restless search to recover her memory before she was whisked away and why. What is fascinating about this novel is that it is written in the form of a thriller but we sense early on it is more than that. It is about how one person’s decision can have lasting reverberations not only on individuals she knows but on strangers, one of whom becomes obsessed with finding her. She is also a lyrical writer who knows how to draw readers in with a simple captivating style. Once I finished Montreal, I avidly read the other three novels.

The Glass Room (2009) by Simon Mawer is my most recently reviewed novel but I wanted to include his novel in this list because of his versatility and originality. I only discovered him a few months ago and he is a writer that should be read. In Room, he creates the impression that it was written by a central European author and we are reading the English translation. Perhaps being English born but living in Italy for thirty years has enabled him to pull off that sleight of hand and he does it well. It is also a marvel that he convincingly renders a piece of architecture as a central character. 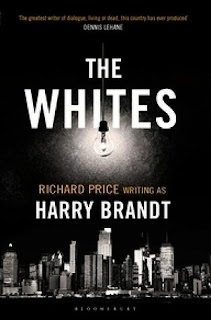 The Whites by Richard Price (under the pen name Harry Brandt) is the best crime novel of the year and could be read as a companion piece toBetween the World and Me by Ta Nehisi Coates. If the latter focuses on the victims of police brutality, The Whites explores what happens to officers when they cross a line and surrender some of their humanity. The major protagonist is Billy Graves who was a member of an idealistic anticrime unit twenty years earlier, the Wild Geese, who were assigned to a high-crime precinct of the East Bronx. Although the unit has long been disbanded, they still meet frequently, united by a specific passion. Each is focused on one criminal who escaped punishment for a vicious murder and each dreams of bringing that man to justice. But a problem arises when these criminals start turning up dead and Graves suspects that his friends may have devolved to vigilante marauders. To complicate Graves’ life, he increasingly becomes aware that another cop has his disturbed wife and two boys in his lethal sites. Some of these issues are resolved by the end but as in any great novel as in real life, we are left with moral ambiguities that may leave some readers dissatisfied.

Too Close to the Falls (1999), After the Falls (2009) and Coming Ashore (2014) by Catherine Gildiner, a memoir trilogy, which can be regarded as a single work, features without doubt the funniest writing that I read this year. But humour is accompanied by Gildiner’s warm portrayal of her parents, a vivid evocation of 1960s America and a class conscious England when she was a graduate student at Oxford. In her concluding volume, she also examines the difficulty in making career choices when she briefly taught at an American inner city school and considered an academic career only to be dissuaded by an astute Coleridge scholar who believed her talents lay elsewhere.
Posted by Robert A. Douglas at 12:44