"The greatest threat to liberal democracies does not come from immigrants and refugees but from the backlash against them by those on the inside who exploit fears of outsiders to chip away at the values and institutions that make our societies liberal."

—Sasha Polakov-Suransky, Go Back to Where You Came From: The Backlash Against Immigration and the Fate of Western Democracy, 2017 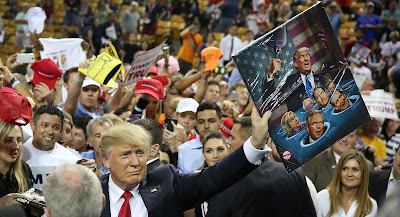 "In  the CBC program The Fifth Estate in March, Trump is shown as a bellowing demagogue, a purveyor of personal insults and a panderer to his supporters by reviling Mexicans and Muslims as the racial other. The former are equated with rapists and drug dealers, and the latter are associated with terrorists. Trump's bumptious vitriol even suggests that the vast majority of American Muslims are complicit to the acts perpetrated by a tiny number when he says,"they know where the bad ones are." His simplistic solutions to these hot-button issues are bombastic promises to build a wall to keep out the Mexicans, calling for a ban on Muslims entering America and rounding up and deporting eleven million undocumented immigrants. That he has retained a raucous and unthinking cohort of loyal supporters is evidence that he has tapped into an existing cache of psychosis and he’s exploiting it for political gain. Todd Gitlin has perceptively written: “the dog whistles have been superseded. What we hear now is the raw thing itself, the old-time irreligion, the rock-bottom roar of a sewage stream that always lay beneath the surface but now has erupted.” More recently, Trump has tried to equate immigration in general and free trade with fear of both homegrown terror and the new global economy. What this rank demagogue has made unambiguously clear is that he will transgress any boundary of decency or truth to win power."


From an essay I wrote "Through the Mirror Darkly: The Gothic Dimension of the 2016 Presidential Election

Selection from "It’s not just Trump. Authoritarian populism is rising across the West. Here’s why."


By Pippa Norris, March 11, 2016 Washington Post
We’re seeing a deep and strong a cultural backlash against changes in social values
Here’s why. Populist authoritarianism can best be explained as a cultural backlash in Western societies against long-term, ongoing social change.
Over recent decades, the World Values Survey shows that Western societies have been getting gradually more liberal on many social issues, especially among the younger generation and well-educated middle class. That includes egalitarian attitudes toward sex roles, tolerance of fluid gender identities and LGBT rights, support for same-sex marriage, tolerance of diversity, and more secular values, as well as what political scientists call emancipative values, engagement in directly assertive forms of democratic participation, and cosmopolitan support for agencies of global governance.
This long-term generational shift threatens many traditionalists’ cultural values. Less educated and older citizens fear becoming marginalized and left behind within their own countries.
[Donald Trump may be showing us the future of U.S. right-wing politics]
In the United States, evidence from the World Values Survey perfectly illustrates the education gap in these types of cultural values. Well before Trump, a substantial and striking education gap can be observed in American approval of authoritarian leaders. The WVS asked whether Americans approved of “having a strong leader who doesn’t have to bother with congress or elections.” The figure below shows a consistent education gap and growing support for this statement since 2005.
Most remarkably, by the most recent wave in 2011, almost half — 44 percent — of U.S. non-college graduates approved of having a strong leader unchecked by elections and Congress.
This deeply disturbing finding reflects attitudes usually observed in states such as Russia.

A powerful oped in The New York Times about public ignorance
that  explains why a large percentage of people do have the tools to distinguish truth from falsehood.

In 1961, social psychologist Stanley Milgram conducted the "obedience experiments" at Yale University. The experiments observed the responses of ordinary people asked to send harmful electrical shocks to a stranger. Despite pleadings from the person they were shocking, 65 percent of subjects obeyed commands from a lab-coated authority figure to deliver potentially fatal currents. With Adolf Eichmann's trial airing in living rooms across America, Milgram's Kafkaesque results hit a nerve, and he was accused of being a deceptive, manipulative monster. EXPERIMENTER invites us inside Milgram's whirring mind, beginning with his obedience research and wending a path to uncover how inner obsessions and the times in which he lived shaped a parade of human behavior inquiries. 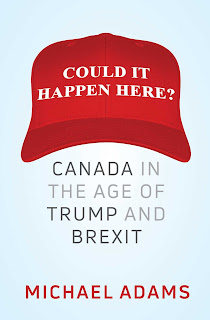 In Could It Happen Here?, Environics founder Michael Adams digs into this spirit of "Canadian exceptionalism." For Adams, the election of Trump and the Britain's shocking vote to leave the European Union aren't mere flukes of "xenophobic populism." Rather, they constitute a "vertiginous global reordering" unseen since the collapse of the Soviet Union. By analyzing decades of Environics public polling and research data sets, Adams sets out to investigate just how immunized Canadians really are from "the malaise affecting other Western democracies." It takes him just 67 pages.

After indexing recent instances of violent Islamophobia (such as the massacre at a Quebec City mosque in January) and the marshalling of anti-immigrant sentiment by Canadian politicians copping Trumpist rhetoric (see former Conservative leadership boogeywoman Kellie Leitch), Adams wonders if such occurrences constitute "evidence of a real shift in social values in Canada?"

"The answer," he says, "is 'no.' " And his data prove it. Generation after generation, more Canadians embrace equality and immigration. Canadians have become increasingly tolerant, not only relative to our American neighbours but to previous Canadians. Canadians statistically prefer compromise, where Americans err toward hardline partisanship. The numbers show that "Canadians and their governments have managed, over a period of decades, to prevent or mitigate the accumulation of corrosive social forces that finally surfaced angrily in the populist politics of the Trump/Brexit era." 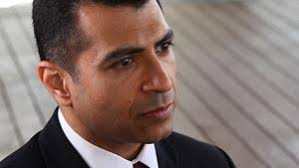 With shocking evidence, hilarious anecdotes, heart-wrenching personal stories, and brilliant insights into world events, Dr. Shafique Virani urges us to confront the Clash of Ignorance between the West and the Muslim World, replacing walls of misinformation with bridges of understanding. Appealing to the best in human nature, Dr. Virani presents a visionary path forward, and inspires hope for a better future.