Yes They Can: Naomi Alderman's The Power

This review, originally posted in Critics at Large, is reproduced on this site because the novel explores whether or not women, now endowed with special powers, do sometimes cross a line. 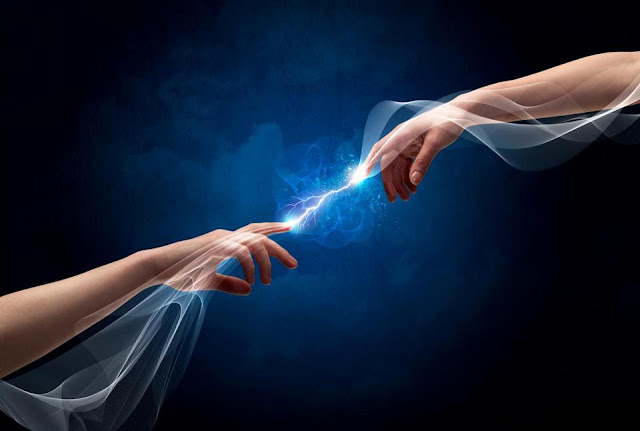 The 2017 publication of Women & Power: A Manifesto by the eminent classical scholar, Mary Beard offers a witty and caustic literary and historical overview of how women have been ridiculed, demeaned and silenced. She begins with the moment that Telemachus in The Odyssey told his mother Penelope to "shut up," go to her room and resume her own work leaving public speech to men. Eventually, Beard spotlights the moment over two millennium later when Senator Elizabeth Warren was silenced for quoting from a letter by Coretta Scott King (the widow of Martin Luther King), while others, like Bernie Sanders, were not. Beard is a particularly apt scholar to pen this manifesto considering the inflammatory vitriol that has been hurled at her for her publicly speaking about controversial issues. Beard's manifesto could be read in conjunction with Naomi Alderman's speculative-fiction novel, The Power (Little, Brown and Company, 2017) since she speculates what would happen if men were removed from their perches of power, demeaned, violated and silenced?

The Power is couched as "A historical novel" written by Neil Adam Armon. It is framed by an exchange of letters thousands of years into the future between Neil, who pleads for patronage from an address at "The Men Writers Association" and a woman called Naomi. He explains to her that he has written a novelized history after his academic studies have been ignored. Naomi’s responses, especially in the backend, are flecked with ridicule, charged with sexual innuendos, and downright condescending. Even before we read the novel within the novel, this literary conceit signals that we are entering into a vastly changed reality: the traditional schematics of sex and power are reversed with women exercising the real power while men are the disrespected other.


Sometime in the twenty-first century people, in a world that mirrors ours in which people exchange emails and record video on their phones, teenage girls develop an organ at their collarbones called the skein that enables them to harness and wield electrical currents ranging from mild stings to lethal jolts of electricity. This power becomes an effective response to male violence when oppressed women in Saudi Arabia and India use this electricity to liberate themselves from the chains of their nightmarish existence. Girls are able to transmit the skein to older women. One of the four major characters, Margot, activates her own skein when touched by her teenage daughter and deploys it at the debate discussed below. This energy coursing from the bodies of women is both a source of their sexual pleasure and a means for inflicting excruciating pain upon men. The Internet is inundated with snuff-like images of women electrocuting men. Among the archaeological drawings assembled by "Neil," who apologetically alludes to the drawings in his missives with "Naomi," is one that depicts male genital mutilation. Some girls become so frightened by this terrifying power that they risk death by self-mutilation in an attempt to rip the skein out of their body. 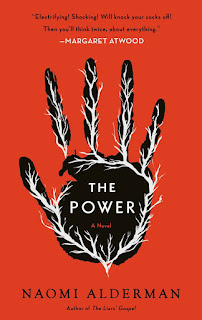 About the midpoint in The Power a scene occurs that reveals a moment of frisson suggesting that art can imitate life. At a public televised gubernatorial debate, Margot becomes angry when the incumbent makes what she feels is a personal attack on her family. She touches him in the rib cage sending an electrical shock causing him to gasp, stagger, take a couple of steps back from the podium and rap his arms around his midriff. Everyone in the live audience and watching back home understands what has happened and is shocked. Margot is upset and apologizes; her polling support craters and she expects to lose the election. But contrary to all expectations and what voters publicly have said – "unforgiveable and immoral" – she wins. In the privacy of the voting booth, "they thought, You know what, though, she's strong. She'd show them." Remind you of what voters said to pollsters before giving Trump a victory over Clinton, albeit in gender reverse?

Given that The Power was originally published in 2016 in the UK, it is likely that Alderman wrote the passage quoted above before the 2016 Presidential election but the association for me was instantaneous. Similarly, because the novel was conceived and written before the rise of the #MeToo movement and the global Women's Marches that immediately occurred after Trump's inaugural, she is prescient in anticipating the seismic changes that have transpired in the last year. Regardless, her novel may be read and remembered at least in part as an avatar of these tumultuous developments and a product of the zeitgeist.

Alderman prevents her material from becoming too unwieldy and diffuse by focusing her lens on four central characters over a ten-year period leading up to some cataclysmic moment. She offers different perspectives by voices narrated in rotating chapters. Margot's world as a mother and an ambitious politician is the most recognizable as Alderman charts her political ascent as a tough-talking American politician from mayor, to governor then Massachusetts Senator where she becomes a player on important committees, including defense, and advising the President. She establishes "training camps" so that girls, including her daughter, can harness and hone their electrical power. She takes secret pride in her power to electrocute males that thwart her, although she assures herself that she will not.

We first meet in the early pages the street-smart, sassy, working class teenage Roxy when she fights back against the gangland blokes sent to murder her mother. Later we learn about her relationship with her estranged father and crime family as she eliminates with a revengeful gusto the men who killed her mother and has to grapple with betrayal. These chapters for me were the least compelling, but as Roxy interacts with two of the other main characters, she emerges more as a three-dimensional character demonstrating her courage and generosity.

Perhaps the most original character is Allie, a biracial girl who manages to escape an abusive foster home in Alabama, remake herself as Mother Eve with the capacity to heal, and create a new religion that empowers women. Men will still be able to serve in religious functions but in a subordinate role. Spiritual icons change: Mary is elevated over Jesus, Jews revere Miriam over Moses and Muslims displace Mohammed with Fatimah. Mother Eve projects the most benign version of this transformation: "I say to you that women rule over men as Mary guarded her infant son with kindness and with love." But we know that the more complex and calculating Allie lurks behind the spiritual messages voiced by Mother Eve.

Tunde, a young male Nigerian journalist, who ironically may be the most important character, and perhaps be endowed with the strongest moral compass, documents with his video camera the tsunami-like changes that acquire a global outreach. Through international reportage, he provides a bird's-eye-view chronicle of the revolution: the election of a female Pope in Bolivia, the emergence of a progressive female-orientated government in Saudi Arabia and an investigation into the darker, conspiratorial, and violence-threatening dimensions of the men's movement. With one notable exception, Tunde is generally treated with respect by both women and men because he is willing to listen and attempts to understand. He has an easy laugh and a soft-spoken, compassionate nature that may belie a reservoir of toughness which enables him to venture into dangerous terrain.


Because Mother Eve and Tunde have acquired an international presence, they cohere the other stories which converge in the newly declared nation of Bessapara. Previously called Moldova, the former sex-trafficking capital of the world, in which women, depicted as living under the most degrading conditions, rose up against their assailants and destroyed them. Bessapara, not unlike any repressive state in the real world – for example, Czarist Russia in 1917 that turned into a brutal totalitarian state under the Bolsheviks – becomes a more violent repressive police state willing to inflict war crimes on men reminiscent of Euripides's Greek tragedy The Bacchae. Not surprisingly, the country, ruled by a mad female sadist, becomes the staging ground for a global catastrophe.

Anyone reading this review will have discarded the illusion that The Power might be an updated version of Charlotte Perkins Gilman's 1915 utopian fantasy, Herland. There women lived alone for two thousand years procreating parthenogenetically establishing a peaceful, collaborative society until three men appear among them. By contrast, The Power is less hopeful as it depicts a world that demonstrates the familiar adage that power corrupts and that women are as capable of the same greed, cruelty and capacity for violence as their male counterparts. Some women's lives do improve but the primitive impulses within humanity still aggressively assert themselves. When one character asks another why marauding gangs of blood-lusting women inflict atrocities upon men, the answer is the same offered by men in war zones or in positions of power when they operate in a culture of immunity: because they can.

In some ways, The Power resembles – in gender reverse – Margaret Atwood's dystopian novel, The Handmaid's Tale. In her acknowledgements, Alderman pays tribute to Atwood as a mentor. Atwood has recently written an op-ed questioning the lack of due process in the firing of a university professor and writer for alleged sexual misconduct. The relevant sentences that pertain to this review are: “My fundamental position is that women are human beings, with the full range of saintly and demonic behaviours this entails, including criminal ones. They're not angels, incapable of wrongdoing. If they were, we wouldn't need a legal system." This passage could have served as an epigraph for The Power.

At the same time, there are differences between the two novels. Yes, matriarchal power can produce toxic behaviour not unlike that of patriarchal power. Yet despite the grim and sometimes horrifying set pieces, the novel is not a depressing read. Even in that darkness, shafts of life appear with moments of compassion, generosity and humour, even though the paladins of power seem bent on pushing the world toward an apocalypse. The Power may offer men a fictional window through which to grasp what women have long endured under male dominance. Or it might provide a taste of what is in store for privileged men as a result of current, almost daily, reports of alleged sexual misconduct. Hopefully, they will receive the due process that Atwood champions, a process that rarely occurs in the novel.
Posted by Robert A. Douglas at 20:11