The following selection was not included in That Line of Darkness: The Shadow of Dracula and the Great War (Encompass Editions, 2012) for reasons of space and because it did not fit into the overarching thesis

In contrast to the imprecision and shock-horror “Africanizing” of the East End that marred William Booth’s In Darkest England was the dispassionate East London, the first volume of the Life and Labour of the People in London, published in 1889 by the CEO and sociologist Charles Booth.  Completed in seventeen volumes over a thirty-year period, he was preoccupied more with a scientific diagnosis “a getting at the facts” than with remedies. Considered to be the father of social science, he commissioned, with the precision of a military operation, detailed street maps. A team of investigators coloured every street to denote the degree of poverty and the existence of a criminal element. They combined statistics with observation, sometimes indirectly, by relying more on the impressions of school officials than their own. Since the depression of the previous decade had lifted and with it the fear of insurrection, he and his workers were able to walk about freely in the East End, often accompanied by the bobby of the local beat.

One of the strengths of Charles Booth’s work was that it challenged the exaggerations and misconceptions of his namesake’s account. He presented evidence that in only fourteen percent of the “very poor,” drink, thriftlessness, and neglect of children were primary causes of poverty. He found these problems more a consequence of poverty than a cause. He also demonstrated that drunkenness ceased to be a major social problem given the licensing laws and the influence of the temperance movement. He did confirm that poverty was a major social problem, more serious than his original perception, with thirty-five percent of Londoners living on or below the poverty line, but that many gradations existed within the poor. According to Booth, Class A was the lowest class and included loafers and semi-criminals; Class B included the very poor living on casual labour; Class E and F included artisans and shopkeepers who lived above the poverty line. He revealed a complex constellation of the urban poor. 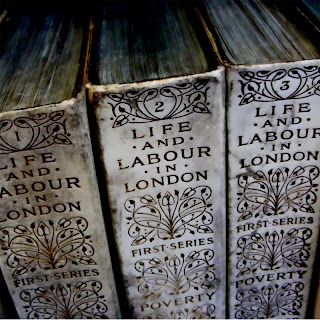 Despite his empirical belief that the “facts speak for themselves,” Charles Booth’s language suggested that his convictions were rooted in biological determinism. He saw modern industrial society as generating “a constant seeker after improvement, a weeding out of the capable and a survival of the fittest.” Competition precipitated “a sort of quagmire underlying the social structure,” a “deposit of those who, for mental, moral or physical reasons, are incapable of better work, a large class who must be regarded as outcasts.” They were “incapable of managing their own lives, and are thus prey to every kind of misfortune and a great burden on the community.” Because they burdened the rest of the working class, his solution for Class B (about eleven percent of the population of London) was to remove them from the normal labour market and ship them to labour colonies. There they would exchange “their half-fed and half-idle and wholly unregulated life for a disciplined existence, with regular meals and fixed hours of work [which would not be short].” From this language and his recommendation for Class B, it is clear that the hard-headed compassion of Booth put him in a different philosophical camp from the provocative journalist Arnold White. 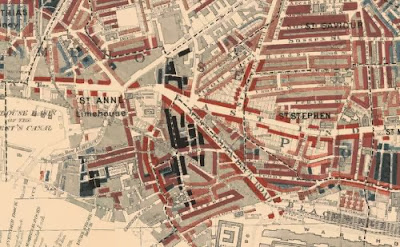 An important distinction must be made between biological determiners and those who believed that the state had an important role in not only alleviating distress but in producing good citizens. Whereas White would have done nothing and allowed natural selection to follow its inevitable course, Charles Booth urged the state to initiate remedial action. Moreover, Booth, like so many late Victorians, used Darwinian language metaphorically rather than in a precise scientific way. At no point did he “suggest that progress or degeneracy were the product of irreversible biological mutation.” Nor was he a proponent of the belief “that degeneracy was hereditary in any physiological sense.” Although he referred to a “hereditary taint,” he constantly wrote about “the need to adopt policy measures to make transmission of bad characteristics from parents ‘less hereditary.’” Combining hard-headed realism with empathy, he believed that “individuals may be past cure; I cannot tell…but it does not in the least follow that the children will be past cure if properly educated.” He certainly would have endorsed the position of a physician, who spoke before the Royal Commission on the Feeble-Minded: “If you give me a free hand during infancy and from ten to eighteen years of age, I would give you a satisfactory race as a result.” What he meant was that if the state provided adequate resources to those trapped in abysmal circumstances, then it was possible to cut through their passive psychology and hopeless indifference to wider issues so that they could begin to manage their own affairs and assume the responsibility of citizenship.

Not only did he repudiate social Darwinism, Booth was a New Liberal committed to private philanthropy and strong remedial action by the state. Housing regulations were needed to ensure that landlords were responsible for the safety of their buildings, and employers had to take responsibility in the workplace. In an extraordinary outburst, he wrote:

For the State to nurse the helpless and incompetent as we in our families nurse the old, the
young and the sick, and provide for those who are not competent to provide for themselves may seem an impossible undertaking. BUT NOTHING LESS THAN THIS WILL ENABLE
SELF RESPECTING LABOUR TO OBTAIN ITS FULL REMUNERATION AND THE
NATION ITS RAISED STANDARD OF LIFE.
Booth’s exhortation to the State occurred at a time when the transition from the laissez-faire liberalism to a more positive state intervention in the regulation of economic and social welfare was beginning. Reformers who linked national strength with domestic social issues—poverty, health, education and immigration—would see their efforts rewarded in the Liberal Party election of 1906. Its platform of a social welfare program included meals for poor children, childhood medical checkups and the social education of mothers by midwives and health visitors. The caveat remains that like so many liberals, who were abandoning non-state involvement for social reform, he was also encouraging the state to interfere in the lives of people, particularly those he deemed dangerous in the East End slums. Booth’s recommendations about labour colonies and work camps were intimidating if not coercive. Paternalism, perhaps more than democracy, underpinned the New Liberalism.