Week Two: Is there a disconnection between how contemporaries experienced the Great War and later generations?


“You will see the effect upon people. They will acclaim it with enthusiasm; everybody is already looking forward to the first onslaught—so dull have their lives become.
—Herman Hesse, Damian

One of the most troubling reasons men love war is the love of destruction, the thrill of killing...all you do is move the finger so imperceptibly, just a wish flashing across your mind like a shadow, not even a full brain synapse, and poof, in a blast of sound and energy and light a truck or a house or even people disappear, everything flying and settling back into dust.
—William Broyles, "Why Men Love War, Esquire, November 1984, veteran of the Vietnam War

Last summer I attended a conference at the Munk Centre on the Great War one hundred years ago the following link is my piece on it that I highly recommend you reading before the class.
http://www.criticsatlarge.ca/2014/08/the-guns-of-august-100-years-later.html

I will begin with a PowerPoint to illustrate the ideas indicated in the above piece and then show a clip from the documentary Churchill's First World War that is keeping with that spirit. Then I will show clips that either satirize, or critique it. Clips will be shown from Oh! What a Lovely War, All Quiet on the Western Front and Behind the Lines based on Pat Barker's novel Regeneration.

Apart from Behind the Lines, selections from the following films will not be shown in the class but they are worth watching. 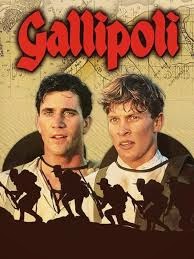 Director Peter Weir's 1981 film Gallipoli follows two idealistic young friends, Frank ( Mel Gibson) and Archy (Mark Lee), who join the Australian army during World War I and fight the doomed Battle of Gallipoli in Turkey. The first half of the film documents the lives of the young men in Australia, detailing their personalities and beliefs. The second half of the movie chronicles the ill-fated and ill-planned battle, where the Australian and New Zealand Army Corps is hopelessly outmatched by the enemy forces.
Janet Maslin in The New York Times says: "There's nothing pointed in Mr. Weir's decorous approach, even when the material would seem to call for toughness. But if the lush mood makes Gallipoli a less weighty war film than it might be, it also makes it a more airborne adventure."

In the 1966 film King of Hearts, a Scottish soldier is sent by his commanding officer to disarm a bomb placed in the town square by the retreating Germans. As the fighting comes closer to the town, its inhabitants—including those who run the insane asylum—abandon it. The asylum gates are left open, and the inmates leave the asylum and take on the roles of the townspeople. The Scot has no reason to think they are not who they appear to be—other than the colorful and playful way in which they're living their lives, so at odds with the fearful and war-ravaged times. The lunatics crown the soldier King of Hearts with surreal pageantry as he frantically tries to find the bomb before it goes off. Although the tone of the film  is comical—even at times farcical—the "mad" characters reveal more humanity than what is displayed by outsiders who engaged in the madness of war.

From director Steven Spielberg comes War Horse, an epic adventure that is set against a sweeping
canvas of rural England and Europe during the First World War. War Horse begins with the remarkable friendship between a horse named Joey and a young man called Albert, who tames and trains him. When they are forcefully parted, the film follows the extraordinary journey of the horse as he moves through the war, changing and inspiring the lives of all those he meets—British cavalry, German soldiers, and a French farmer and his granddaughter—before the story reaches its (perhaps improbable) emotional climax in the heart of No Man’s Land. The film is especially relevant for this course because of the courage of both the boy and the horse that is displayed amid the horror of war.

Inspired by the stories once passed down to him by his grandfather, writer/director Paul Gross explores a defining period of Canadian history in this epic war drama concerning the Battle of Passchendaele. Although the film might strike a viewer as too sentimental and old fashioned, it does reveal the courage and patriotism of the times as well as the stigma attached to anyone suffering from shell shock, "bad blood" or a physical illness.

Based on Pat Barker's novel of the same name, Regeneration  (later renamed Behind the Lines when released in DVD) tells the story of soldiers of World War One sent to an asylum for emotional troubles. Two of the soldiers meeting there are Wilfred Owen and Siegfried Sassoon, two of England's most important WW1 poets but the most interesting exchanges occur between Sassoon and his physician William Rivers at Craiglockart Hospital where British officers suffering from severe shell shock were sent.
http://www.theglobeandmail.com/news/national/shell-shock-how-much-has-changed-in-100-years/article21498602/ 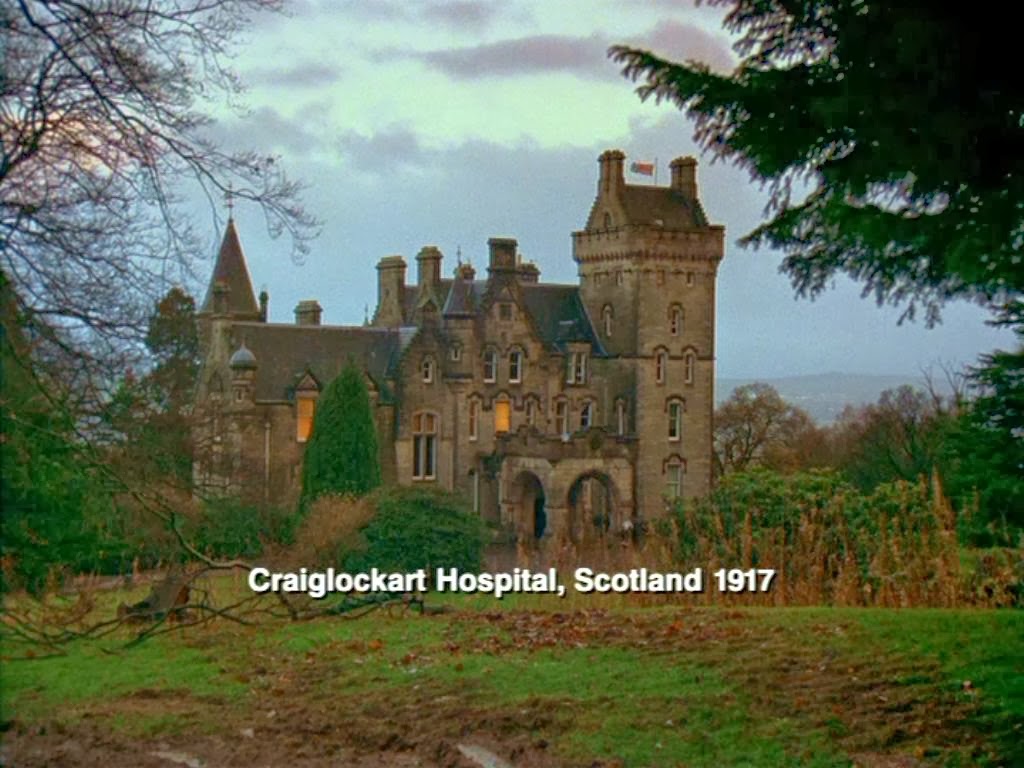 Perhaps most interesting is the film Max set in Munich December 1918 that depicts an unlikely friendship between two men who endured the horror of war, a Jewish art dealer named Rothman and a fledgling artist, Adolf Hitler. Rothman tries to encourage Hitler's humanistic impulses by supporting his art while others tap into his budding hateful demagoguery. One of the most enjoyable features of the film is viewing the modernist paintings displayed in Rothman's studio and observing Hitler's reactions to them. They include Max Ernst's Spanking of the Christ Child, a satirical take on the hypocritical and the life denying expressions of religion that is vividly captured in The White Ribbon, an austere German film that is set in a village prior to the outbreak of war, and the works of the acerbic Expressionist artist, George Grosz, who makes a cameo appearance.


Adapting Humphrey Cobb's novel, Paths of Glory, to the screen, director Stanley Kubrick set out to make a devastating anti-war statement, and they succeeded above and beyond the call of duty. In the third year of World War I, the morally bankrupt French general Broulard orders his troops to seize the heavily fortified "Ant Hill" from the Germans. General Mireau knows that this action will be suicidal, but he will sacrifice his men to enhance his own reputation. Against his better judgment, Colonel Dax leads the charge, and the results are appalling. When, after witnessing the slaughter of their comrades, a handful of the French troops refuse to leave the trenches, Mireau very nearly orders the artillery to fire on his own men. Still smarting from the defeat, Mireau cannot admit to himself that the attack was a bad idea from the outset: he convinces himself that loss of Ant Hill was due to the cowardice of his men. Mireau demands that three soldiers be selected by lot to be executed as an example to rest of the troops. Acting as defense attorney, Colonel Dax pleads eloquently for the lives of the unfortunate three, but their fate is a done deal. Even an eleventh-hour piece of evidence proving Mireau's incompetence is ignored by the smirking Broulard, who is only interested in putting on a show of bravado. A failure when first released (it was banned outright in France for several years), Paths of Glory has since taken its place in the pantheon of classic war movies, its message growing only more pertinent and potent with each passing year (it was especially popular during the Vietnam era

http://www.theglobeandmail.com/news/national/shell-shock-how-much-has-changed-in-100-years/article21498602/
shell shock
Posted by Robert A. Douglas at 07:57