Learning Unlimited Week Seven: Snapshots of Hope and Courage on the World Stage

“On October 16th, 1962, Kennedy saw aerial photographs proving that the Soviets had installed nuclear missiles in Cuba capable of reaching much of the eastern U.S. seaboard. The next 13 days were the most perilous in mankind's history. From the outset, the Pentagon, the CIA and many of JFK's advisers urged airstrikes and a U.S. invasion of the island that, as a Soviet military commander later revealed, would have triggered a nuclear war with the Soviets. JFK opted for a blockade, which Soviet ships respected. By October 26th, the standoff was de-escalating. Then, on October 27th, the crisis reignited when Soviet forces shot down a U.S. reconnaissance plane, killing its pilot, Maj. Rudolf Anderson. Almost immediately, the brass demanded overwhelming retaliation to destroy the Soviet missile sites. Meanwhile, Castro pushed the Kremlin military machine toward a devastating first strike. In a secret meeting with Ambassador Anatoly Dobrynin, my father (Robert Kennedy) told him, 'If the situation continues much longer, the president is not sure that the military will not overthrow him and seize power.' U.S. marshals appeared at our house to take us to government bunkers in western Virginia. My brother Joe and I were anxious to go, if only to see the setup. But my father, who'd spent the previous six nights at the White House, called to say that we needed to be "good soldiers" and show up for school in Washington. To disappear, he told us, would cause public panic. That night, many people in our government went to sleep wondering if they would wake up dead.

On Monday, October 29th, the world moved back from the brink. An artfully drafted letter my father wrote with Ted Sorensen pledging that the U.S. would not invade Cuba – plus JFK's secret agreement with Khrushchev to withdraw obsolete Jupiter missiles from Turkey – persuaded the Kremlin to back down.”
Robert F. Kennedy Jr. Rolling Stone, November 20, 2013.


Former Canadian ambassador to Iran Ken Taylor, whom President Jimmy Carter heralded “the main hero” of the successful covert operation, was stationed in Tehran for most of the crisis. He died Thursday of colon cancer at age 81, his wife Pat told the Associated Press.

When the U.S. embassy in Tehran was stormed by Islamist students and militants, six American diplomats escaped and found sanctuary in the homes of Taylor and his first secretary John Sheardown. In addition to shielding the Americans from Iranian capture, Taylor also played a crucial role in plotting their escape.

Working with CIA officials and Canadian Prime Minister Joe Clark, Taylor obtained for the Americans six Canadian passports containing forged Iranian visas that ultimately allowed them to board a flight to Switzerland. He undertook all these covert actions at a high personal risk, as he and his team would have been taken hostage themselves in the case of discovery by the Islamist militants.
“He did all sorts of things for everyone without any expectation of something coming back,” Pat said. “It’s why that incident in Iran happened. There was no second thought about it.”


Hugh Thompson, Who Saved Civilians at My Lai, Dies

Hugh Thompson, an Army helicopter pilot who rescued Vietnamese civilians during the My Lai massacre, reported the killings to his superior officers in a rage over what he had seen, testified at the inquiries and received a commendation from the Army three decades later, died yesterday in Alexandria, La. He was 62.

On March 16, 1968, Chief Warrant Officer Thompson and his two crewmen were flying on a reconnaissance mission over the South Vietnamese village of My Lai when they spotted the bodies of men, women and children strewn over the landscape.

Mr. Thompson landed twice in an effort to determine what was happening, finally coming to the realization that a massacre was taking place. The second time, he touched down near a bunker in which a group of about 10 civilians were being menaced by American troops. Using hand signals, Mr. Thompson persuaded the Vietnamese to come out while ordering his gunner and his crew chief to shoot any American soldiers who opened fire on the civilians. None did.

Mr. Thompson radioed for a helicopter gunship to evacuate the group, and then his crew chief, Glenn Andreotta, pulled a boy from a nearby irrigation ditch, and their helicopter flew him to safety.
Mr. Thompson told of what he had seen when he returned to his base.

Mr. Thompson remained in combat, then returned to the United States to train helicopter pilots. When the revelations about My Lai surfaced, he testified before Congress, a military inquiry and the court-martial of Lt. William L. Calley Jr., the platoon leader at My Lai, who was the only soldier to be convicted in the massacre. 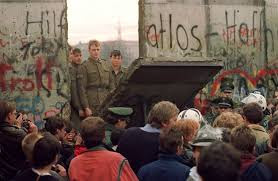 November 9: The day the Berlin Wall came down
From its construction in August 1961 until its demolition on November 9, 1989, the Berlin Wall did more than separate West Germany from the East, also known as the DDR.

It symbolized a deep-rooted hatred, an insurmountable division between people that directly led to the deaths of at least 139 people who dared to try and cross it.
The wall wasn’t just a physical barrier – it was there to intimidate people into submission.
After its momentous demolition on this day in 1989, its ruins became a symbol of hope and a warning to people of the future. 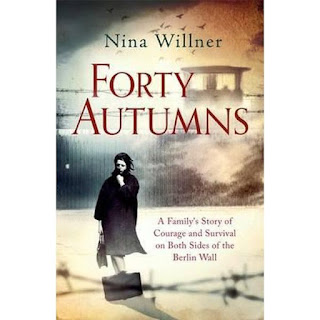 “Nina Willner has written a powerful, moving family memoir spanning three generations divided by the Iron Curtain in Forty Autumns: A Family’s Story of Courage and Survival on Both Sides of the Berlin Wall. When her mother, Hanna, escaped to Berlin's Western zone as a young woman in 1948, she left behind her parents, siblings and the taint of suspicion that her family carries for decades. Their separation widens after Hanna marries an American army intelligence officer and moves to the United States. In describing the life of her family in East Germany and their suffering under the Communists – her grandfather was forced out of the teaching profession into impecunious retirement and the isolation of internal exile – Willner delineates a grim picture of an open-air prison. One of the most remarkable features of her memoir is how Willner links her own family with the larger tableau of world events to the extent that Gorbachev becomes the deux ex machina responsible for tearing down the Wall and reuniting both sides of the family. What lingers are the personal stories, especially exemplified by the author’s grandmother, Oma, whose hopeful optimism and generous spirit determines a way to build a Family Wall that offers the family sanctuary from the destructive forces of the outside world, and the author’s aunt, Heidi, who subversively lives her life with quiet dignity and integrity beneath the radar of the omniscient Stasi secret police.” 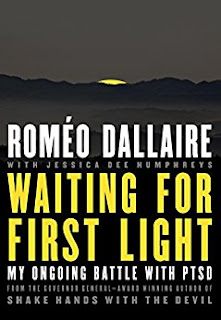 "Rwanda will never end. Each night I take my pills and try to sleep with the hope that I will not waken again amidst roaring souls who shall wander the hills of Rwanda asking me to join them." 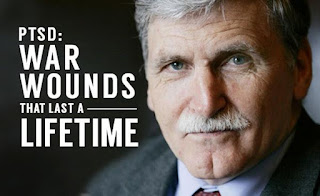 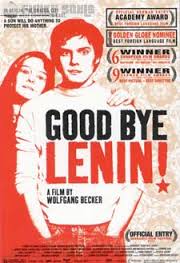 October 1989 was a bad time to fall into a coma if you lived in East Germany - and this is precisely what happens to Alex's mother, an activist for social progress and the improvement of everyday life in socialist East Germany. Alex has a big problem on his hands when she suddenly awakens eight months later. Her heart is so weak that any shock might kill her. And what could be more shocking than the fall of the Berlin Wall and the triumph of capitalism in her beloved country? To save his mother, Alex transforms the family apartment into an island of the past, a kind of socialist museum where his mother is lovingly duped into believing that nothing has changed. What begins as a little white lie gets more and more out of hand as Alex's mother, who feels better every day, wants to watch TV and even leaves her bed one day…


In a wonderful, touching and comic manner, Good Bye, Lenin! tells the story of how a loving son tries to move mountains and create miracles to restore his mother to health - and keep her in the belief that Lenin really did win after all! 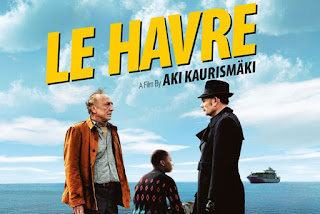 “Le Havre (by Finnish Director, Ali Kaurismaki) is set…in the French port city where many of the cargoes are human: illegal immigrants arriving from Africa. The police find a container filled with them, and a young boy slips under their arms and runs away. This is Idrissa from Gabon, solemn, shy, appealing. The cops announce a manhunt. The film's hero, Marcel Marx, is fishing near a pier and sees the boy standing waist-deep in the water, hiding, and mutely appealing to him. He returns, leaves out some food and finds the food gone the next day. And so, with no plan in mind, Marcel becomes in charge of protecting the boy from arrest.

The movie's other characters are all proletarians from a working-class neighborhood, and in Kaurismaki's somewhat sentimental view, therefore in sympathy with the little underdog and not with the police. We meet Marcel's wife, Arletty (Kati Outinen, long the director's favorite actress), who joins her husband in his scheme. Their dog, Laika, is also a great help. Marcel, probably in his 50s, is a hard-working shoeshine man who knows everyone, including a snoop, a woman grocer; a fellow Vietnamese shoeshiner, Inspector Monet, and a local rock singer named Little Bob, whose act is unlike any you have ever seen.

Marcel and Arletty are long and happily in love. They cherish each other. Childless, they care for the boy and enlist others in the neighborhood to hide him from Inspector Monet, who perhaps is not looking all that hard. The snoop is a throwback to informers during the Resistance. Idrissa is resourceful and clever, and moves in and out of hiding places like a figure in a French farce. The dog fully deserves its listing by name in the film's credits.

Early in the conspiracy, Arletty falls ill and is rushed to the hospital, concerned only that her sickness will make Marcel worry. In a priceless scene, she meets Idrissa for the first time when Marcel dispatches him to the hospital on a mission. Note her perfect acceptance of any emissary from her husband, even an inexplicable young African boy. Note, too, the precise sequence of events during which Marcel believes his wife has died and discovers otherwise. Even Kaurismaki's miracles are deadpan.

This movie is as lovable as a silent comedy, which it could have been. It takes place in a world that seems cruel and heartless, but look at the lengths Marcel goes to find Idrissa's father in a refugee camp and raise money to send the boy to join his mother in England. Le Havre has won many festivals, including Chicago 2011, comes from a Finnish auteur, yet let me suggest that smart children would especially like it. There is nothing cynical or cheap about it, it tells a good story with clear eyes and a level gaze, and it just plain makes you feel good.”
Posted by Robert A. Douglas at 14:00