Ryerson Session Six: North American Women who have made a difference 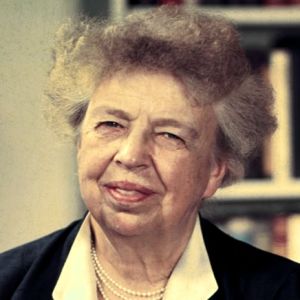 In this (1984), her centennial year, Eleanor Roosevelt is being hailed for her achievements in human rights, economic justice and international peace. But some historians say the ''First Lady of the World,'' as she was sometimes called, was never much of a feminist.
In fact, she had a strong disdain for the word, and carried on a long, acrimonious debate with Alice Paul, head of the National Woman's Party, the feminist group whose main goal since 1923 has been the passage of the equal rights amendment.

Still, today's leading feminists seem to bear no grudges toward Eleanor Roosevelt. They tend to praise her accomplishments for women and sweep her feminist shortcomings under the rug. Most of them seem sure that if she were alive today, she would certainly be a feminist.
''She was what I would call an instinctive feminist,'' said former Representative Bella S. Abzug. ''Most of her work was for the advancement of women, whether it was in peace or politics. She helped women get into top positions in the Roosevelt Administration, including Frances Perkins, who was the first female Cabinet member.''

After she left the White House in 1945, ER continued to promote women's equality. Using a variety of different venues–the United Nations, the National Association for the Advancement of Colored People, the National Council of Negro Women, Americans for Democratic Action, her "My Day" column, and various labor organizations–ER argued that women must "become more conscious of themselves as women and of their ability to function as a group. At the same time they must try to wipe from men's consciousness the need to consider them as a group or as women in their everyday activities, especially as workers in industry or the professions." ER believed women had special qualities that made them peacemakers, conferees and mothers, but she also believed these qualities made them fine politicians, reformers, advocates and professionals.

Historians often debate whether or not ER should be called a feminist. Those who say she was not a feminist base their argument on ER's opposition to the National Woman's Party and the Equal Rights Amendment. They, like Lois Scharf, argue that because ER did not "view social problems through the unique lens of gender, discover and define the discriminatory features of society, examine the underlying causes for female inferiority, and concentrate on their alleviation," that the answer to this question is "a qualified no." Others, like Allida Black and Blanche Cook, disagree. They say her firm belief in women's equality and her forty-year campaign to advance women politically, economically, and socially is proof of ER's commitment to gender equality. While they agree that ER opposed the Equal Rights Amendment throughout the twenties, thirties, and forties, they point to ER dropping her opposition in the late fifties.

Pioneering Feminist
After finishing her degree in 1956, Steinem received a fellowship to study in India. She first worked for Independent Research Service and then established a career for herself as a freelance writer. One of her most famous articles from the time was a 1963 expose on New York City's Playboy Club for Show magazine. Steinem went undercover for the piece, working as a waitress, or a scantily clad "bunny" as they called them, at the club. In the late 1960s, she helped create New York magazine, and wrote a column on politics for the publication. Steinem became more engaged in the women's movement after reporting on an abortion hearing given by the radical feminist group known as the Redstockings. She expressed her feminist views in such essays as "After Black Power, Women's Liberation."


In 1971 Steinem joined other prominent feminists, such as Bella Abzug and Betty Friedan, in forming the National Women's Political Caucus, which worked on behalf of women's issues. She also took the lead in launching the pioneering, feminist Ms magazine. It began as an insert in New York magazine in December 1971; its first independent issue appeared in January 1972. Under her direction, the magazine tackled important topics, including domestic violence. Ms. became the first national publication to feature the subject on its cover in 1976.


I wake up in a house that was built by slaves," the first lady told 2016 graduates of the City College of New York in June. Although it has been true of every first lady who has lived in the White House, no other first lady has put it as bluntly. 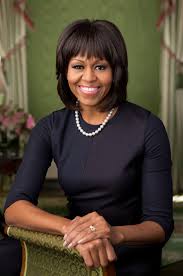 When she addressed 2015 graduates of Tuskegee University, a historically black college in Alabama, her prepared remarks noted the role racism has played in her life and the role that it would likely play in the lives of those graduates:


The world won't always see you in those caps and gowns. ... Instead they will make  assumptions about who they think you are based on their limited notion of the world. And my husband and I know how frustrating that experience can be. We've both felt the sting of those daily slights throughout our entire lives — the folks who crossed the street in fear of their safety; the clerks who kept a close eye on us in all those department stores; the people at formal events who assumed we were the "help" — and those who have questioned our intelligence, our honesty, even our love of this country.

Had Bertha Wilson meekly followed the patriarchal advice handed down to her when she inquired about doing a law degree in the mid-1950s, the Canadian judicial system might have looked very different today. "Madam, we have no room here for dilettantes. Why don't you just go home and take up crocheting," Horace E. Read, the dean of the law school at Dalhousie University barked at her when the minister's wife and former school teacher appeared before him, seeking admission to the school in the fall of 1954. He finally relented, according to Madam Justice Wilson, who recounted the story in a rare interview with the late journalist Sandra Gwyn in Saturday Night magazine in 1985. "From my very first day of classes, I knew the law was my thing," she said. "I just soaked it up like a sponge."

Judge Wilson's significance as the first woman appointed to the Supreme Court of Canada goes far beyond gender. She was sworn in on March 30, 1982, less than three weeks before The Queen arrived in Canada to sign the Charter of Rights and Freedoms into law. Consequently, her period on the bench was a time in which the definitions of individual and collective rights and freedoms were tested - from a woman's right to abortion, to a refugee claimant's right to be heard.
Beyond the conjunction of her gender and her timing, there was also Judge Wilson's character. An outsider with a ramrod sense of integrity and the bravery to avoid consensus and speak her own mind, she often took minority views when it would have been much easier to conform to the views expressed by her male colleagues. As Ms. Gwyn described her: "It's her sense and her sensibility, a kind of practical sensitivity tinged with Scottish asperity, enriched but by no means defined by her genes."

Nevertheless, the decision to appoint her to the Supreme Court was not without opposition. "The 'establishment' in the Ontario legal community was shameless in making the case that she [Madame Justice Bertha Wilson of the Ontario Court of Appeal]wasn't 'ready,' and that there were other [male]candidates who were better 'qualified,' according to Eddie Goldenberg in The Way it Works: Inside Ottawa. "Even chief Justice Bora Laskin, who had his own preferred candidate at the time, made that argument very vociferously to Prime Minister Trudeau at the time," wrote Mr. Goldenberg, who was then special constitutional adviser to Minister of Justice Jean Chretien.

"It was not just her brilliant mind, which was remarkable in its rigour, it was the serendipitous presence of Bertha Wilson and Brian Dickson on the Supreme Court of Canada. I call them the Fred and Ginger of the Charter," said Madame Justice Rosalie Abella of the Supreme Court of Canada. "They choreographed the Charter. They gave it the muscular interpretation that launched the Charter in its first decade," especially in contrast to the legalistically anemic Bill of Rights that preceded it. Speaking of the jurisprudence that Madam Justice Wilson developed, she said that her commitment to fairness was "unshakeable" and her legacy was "profound" in so many areas.

January 12, 2017
A Canadian judge has been named Global Jurist of the Year by a Chicago law school.

Justice Rosalie Abella, 70, who has been a member of the Supreme Court of Canada since 2004, was named the fourth winner of the award by Northwestern Pritzker School of Law’s Center for International Human Rights. Past winners are Justice Gloria Escobar, president of the Guatemalan Constitutional Court, Justice Shireen Fisher, president of the Special Court for Sierra Leone; and Acting Chief Justice Dikgang Moseneke of South Africa’s Constitutional Court.

David Jacobson, who was U.S. Ambassador to Canada from 2009 to 2013, nominated her for the award, which is for a current judge who has shown a lifetime of commitment in the face of adversity to defending human rights or principles of international criminal justice.


Irshad Manji: We Muslims Must Admit We Have A Problem. June 17, 2016
A prominent Muslim reformer, intellectual, and lesbian expounds on the need for Muslims to grapple with the "regressive verses" in the Koran.

Irshad Manji is a noted Islamic reformer who happens also to be a lesbian.  In her book, The Trouble with Islam, she argued that literalist interpretations of religion are bad in general — but that only in Islam are they the mainstream method of interpretation.  “If we’re sincere about fighting the asphyxiating despotism,” symbolized by al Qaeda and others, she wrote, “we can’t be afraid to ask: What if the Koran isn’t perfect? What if it’s not a completely God-authored book? What if it’s riddled with human biases?”

In the wake of the Pulse shooting, her status as both a Muslim and a member of the LGBT community caused her to become a person of interest to the press.  Her remarks stand on their own, and are provided below without comment.

So moderate Muslims use the Mantra ‘this has nothing to do with Islam’ because they are not willing to face the fact that there are regressive verses in the Koran.  And by the way, I speak as a faithful Muslim, as somebody who chooses to remain within my faith because I love it enough to point out that there are ways to reform how we practice Islam so that it really is a religion of peace.
But when moderate Muslims say this has nothing to do with Islam, that is rubbish. After all, here was this gunman who shouted ‘Allahu akbar!’—God is greater.  Now, that doesn’t mean that he was motivated only by religion but clearly there was some religious symbolism that helped incite this incident.

And so, frankly, moderate Muslims—who are not so moderate today—have to own up to the fact that we have got a problem in our community. And until we solve it with honesty, we will only see more damage done.