Ryerson Session Eight: The Politics of Hope in the era of Obama and Trudeau 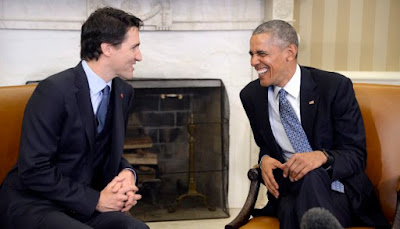 "If there is anyone out there who still doubts that America is a place where all things are possible; who still wonders if the dream our founders is alive in our time; who still questions the power of our democracy, tonight is your answer.”
—President –Elect Barack Obama, November 4, 2008e


"If you cannot see the potential in people around you, it’s impossible to rouse them to great things.”
Justin Trudeau, Common Ground

“Obama’ s presidency is a model of what pragmatic and liberal Americans ought to believe in, how they can achieve it, and a standard around which they can rally in the dark years that lie ahead.” 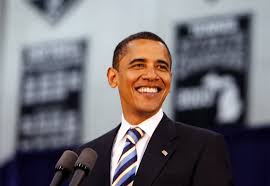 Jonathan Chait, Audacity: How Barack Obama Defied his Critics and Created a Legacy that will Prevail, 2017

"Whether you have approved of the Obama presidency as a matter of policy or not, it is impossible to argue that Obama was not a man of principle. Whether you agree with individual decisions or the content of his rhetoric, it is impossible to argue that he did not conduct himself with dignity and respect and that he did not lead the country with those values as a guiding light.

I have not always agreed with the president’s positions or tactics, and this feels normal to me. Freethinking people are bound to disagree occasionally, even if a vast majority of their values align." 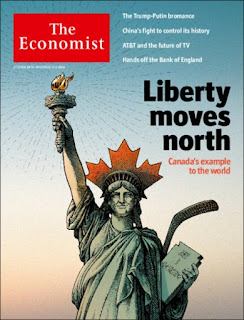 Canada admitted 321,000 immigrants in the year to June 2016, nearly 1% of its population; typically 80% of them will become citizens. It is contemplating an increase to 450,000 by 2021. A fifth of Canada’s population is foreign-born, nearly twice the share in America.

The warmth of the welcome is as striking as the scale of the intake. Immigrants are encouraged to keep their cultures. Winnipeg’s public schools have classes taught in Spanish and Ukrainian as well as French and Cree. Its Central Mosque is a few blocks down Ellice Avenue from the Hindu Society of Manitoba. The Juliana Pizza & Restaurant serves its “Greek/Jamaican food” just a bit farther on.
Canada’s openness is not new, but it is suddenly getting global attention. It is a happy contrast to what is happening in other rich countries, where anger about immigration helped bring about Britain’s vote for Brexit, Donald Trump’s nomination and the rise of populist parties across Europe. And it has an appealing new face: Justin Trudeau celebrates his first anniversary as prime minister on November 4th. Mr Trudeau comes from Canada’s establishment—he is the son of a former prime minister—but is not despised for it. A former high-school teacher and snowboarding instructor, his cheeriness played a large part in the Liberal Party’s victory over Stephen Harper, a dour Conservative who had governed Canada for almost ten years."
October, 29, 2016, “Canada the Last Liberals” 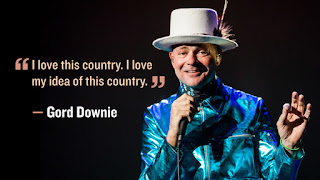 "Gord Downie, lead singer of the Tragically Hip and an advocate for First Nations people, was honoured at the Assembly of First Nations gathering Tuesday for his work highlighting the impact of residential schools.

Downie's most recent project, Secret Path, tells the story of 12-year-old Chanie Wenjack, who died in 1966 trying to escape from a residential school near Kenora, Ont. An excerpt of the documentary film was played for the chiefs assembled in Gatineau, Que.

National Chief Perry Bellegarde presented the visibly emotional Downie with an eagle feather — a gift from the creator above — and he was given a Lakota spirit name, Wicapi Omani, which can be roughly translated as "Man who walks among the stars."
Newfoundland and Labrador and Nova Scotia Regional Chief Morley Googoo said Downie was a living embodiment of the push to reconcile relations between Indigenous and non-Indigenous peoples.

An emotional Prime Minister Justin Trudeau watched as Downie was showered with song and wrapped in a "star blanket."

"Soon, in a few days, a couple of weeks, there's 150 years that Canada wants to celebrate, and I will personally then celebrate the birth of our country, celebrate the next 150 years. It will take 150 years or seven generations to heal the wound of the residential school," Downie said after receiving the blanket.

"To become a country, and truly call ourselves Canada, it means we must become one. We must walk down a path of reconciliation from now on. Together, and forever. This is the first day of forever: the greatest day of my life, the greatest day of all of our lives. Thank you." 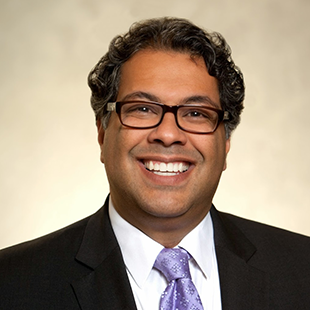 Chiefs from across the country brought presents to Downie, but were asked to not present them to him personally due to health concerns as he undergoes treatment for brain cancer."


Divided, Canada stands to lose what makes it great
NAHEED NENSHI
Special to The Globe and Mail
Published Friday, Oct. 16, 2015
(A selection from a talk given by Nenshi)

"Let it be said: Such failures to become the Canada we hope for aren’t only recent. Far from it. After all, we are the nation that turned back Indian Sikh refugees on the ship Komagata Maru in 1914, the nation of the Chinese head tax, the nation of Japanese internment camps and the “None is too many” policy. We are the nation of provincial eugenics programs and generations of residential schools.
These, sadly, are also our origin stories. Many of us feel a deep, dark discomfort when confronted with them. The truth is not easy. It wasn’t easy for the victims of residential schools to tell their stories to the Truth and Reconciliation Commission, and it wasn’t easy for Canadians to bear witness to those truths. But it is important that we did then, and that we are doing so with the dark truths we see now.

The real answer to crafting the Canada we aspire to build lies in engaging muscularly with both the past and the future. It means undertaking a thousand simple acts of service and a million tiny acts of heroism. It means acting at the community level: on our streets, in our neighbourhoods, and in our schools. It means refusing to accept the politics of fear.

And then it means exporting the very best of Canada, that ideal and real Canada, to the rest of the world. Yes, I’m naive to believe we still have something special to share. In my city, we have a program, 3 Things for Calgary, that challenges every citizen to take at least three actions, large or small, using their own passions and resources, to make their community better. Let us start 3 Things for Canada and dare each other to take actions that will build our local, national, and global communities with our true, aspirational Canadian values.

One final story. I had the chance a couple of years ago to visit a school in Calgary on its 100th anniversary. It’s called Connaught School, named after the Duke of Connaught – the governor-general of Canada, a son of Queen Victoria. Because it is right downtown, Connaught School is often the first point of arrival for newcomers. In all, 240 students are enrolled; they come from 61 countries and speak 42 languages at home.

I chatted with some of those kids and their parents. Many of the things I heard were horrible: stories of war, of poverty, of degradation. I heard stories of violence so horrific I could not imagine one human being doing that to another, let alone in front of a child.
Then I looked out at those kids, sitting on the floor in the gym, wearing their matching T-shirts. And I looked at their parents, in hijabs and kanga cloth, in Tim Hortons uniforms and bus-driver caps, in designer suits and pumps.

All at once, I knew something to be true above all else. Regardless of what these kids had been through, of how little they have or had, of what wrath some vengeful God had visited on them and their families, they’d had one burst of extraordinary good fortune – they ended up in Canada, in Calgary, at the Connaught School. They ended up in a community that wants them to succeed, that has a stake in them – that cares about them, and will make sure they don’t fail."

And I knew that those kids would have a chance to live great lives. That’s the promise of Canada.
Adapted from an address given at the Institute for Canadian Citizenship’s 13th LaFontaine-Baldwin Symposium, in Stratford, Ont. in September.


From a column by Robert Everett-Green, Globe and Mail, January 7th, 2017
“In Kent Monkman’s studio in west Toronto, there’s a large painting based on Robert Harris’s famous group portrait of the Fathers of Confederation. The delegates at the Charlottetown constitutional meetings of 1864 stand or sit in their accustomed places, but in the foreground, a nude figure lounges before the conference table, under the eyes of John A. Macdonald. It’s Miss Chief Eagle Testickle, Mr. Monkman’s alter ego.

“She’s trying to get a seat at the table, or she could be a hired entertainer,” said the prominent painter of Cree ancestry, whose works have been collected by major museums such as the National Gallery of Canada, the Glenbow Museum and the Montreal Museum of Fine Arts. Miss Chief is definitely sending up the self-conscious gravity of the delegates and imposing an indigenous presence on negotiations that scarcely acknowledged the aboriginal inhabitants of the territories under discussion.

The inclusion of Miss Chief in a founding image of Confederation is a characteristic move by the 51-year-old Mr. Monkman, whose work constantly messes with accepted visual codes. You approach one of his large-scale paintings imagining that you’re looking at something familiar, but closer inspection reveals all kinds of transgressive narratives. He seems to be mocking painting modes of the past, but is also, paradoxically, enamoured of them.”