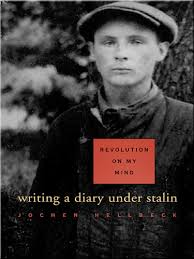 Yet some individuals despised their early life seeing it as some kind of ghastly doppelganger to be repressed out of conscious awareness by “working on themselves” to create through self-cultivation and self-perfection authentic Soviet citizens. One notable example was Stepan Podlubny the tainted son of a Ukrainian kulak. After acquiring forged documents showing him to be of worker origin, this “wolf in disguise” settled along with his mother in Moscow. Once ensconced, he was accepted into a factory apprentice school and became a member of the Komsomol (young Communists). What distinguished him from so many others who resorted to the diary as a refuge from dissembling was his determination to use this tool (from 1931 to 1939 with a short break in 1937, and from 1948 to his death in 1998) as an exercise to work on and overcome his old self. The diary was his vehicle to shed onto a “rubbish heap” his stigmatized status and the “sick psychology” of his peasant ancestors, namely the entire “dirt” that had accumulated in his soul. With the avowed purpose of overcoming his deficiencies, Stepan set out to reconstruct his being by a sheer act of will so that he could make a useful contribution to the emerging socialist society. In his work life, he diligently applied himself to become a model worker as leader of a brigade to overcome his impure social origins and be accepted as worthy Soviet citizens. In his leisure time, to enhance his consciousness, he read and absorbed the fundamental texts of Soviet culture, Marx and Lenin. Then he began reading sanctioned novels, going to museums and the theatre seeking guidelines for thought and behaviour. Yet no matter how much success he experienced in the work place and his effort to educate himself, he could never get rid of the notion that he was a “useless person” and that his “inner class enemy” would possess him:

A thought that I can never seem to shake off, that sucks my blood from me like sap from a birth
tree, is the question of my psychology. Can it really be that I am different from the others? This
question makes my hair stand on end, and I break out in shivers.

When the secret service eventually confronted him on his tainted pedigree, he felt the moment of truth had arrived. Provided he “continued to do good work for them,” informing on his colleagues, he was allowed to continue in his work. Although he justified the purges as a social hygiene measure to “sift out” and discard those elements in society that were not need in the reconstruction of society, he despised becoming a “lickspittle” and longed to “be himself.” But the unmasking of another colleague at work followed by no punishment convinced Podlubny that he had overcome his stigma: he was “no longer among enemies,” he was a valued “citizen of the common family of the U.S.S.R.” who was accepted into medical school. As part of his Marxist education, he understood the necessity of brutal means to root out exploitative and selfish remnants of the feudal and capitalist past in order to achieve the laws of history. He showed no compassion for the peasants who endured the famine: “And those who die of hunger, let them die. If they can’t defend themselves against death from starvation, it means they are weak-willed and what can they give to society.”
But subsequent developments unravelled Podlubny’s experiment in self-transformation. In 1936 when his kulak origins were exposed, he was expelled from the Komsomol and he lost his scholarship to medical school whereby he subsequently dropped out and pondered his “useless existence.” Worse, his mother was arrested and given eight years for “concealment of social origin.” The mask of the new Soviet man appeared to have been stripped away as he denounces the policies and personality cult of “our Russian Nero.” By the time he resumed his diary in the 1940s, he seems to have made his peace with the regime as a contributing member to society because the diary avoided the introspection that characterized his entries during the 1930s. Before his death, whether out a guilt or regret, he voiced second thoughts about his diary. Years later when he deposited his diary into Central Popular Archives in Moscow, he did it, in his words, as “an act of repentance.” When historian Jochen Hellbeck, (whose book Revolution on My Mind: Writing a Diary under Stalin [Cambridge: Harvard University Press, 2006], provides much of this material)  met him in the 1990s, Podlubny repudiated the assumption that his diary was an exploration of his own self-transformation but that he and his family were life-long victims of Stalinist repression. That conviction prompted him to deposit the diary in the archives. Since the 1980s he has edited his material adding “necessary” commentary to people and events. Whether the psychic process to which he intensely subjected himself was genuine or was a carefully calculated effort to protect himself from the secret police, it surely represents the practice of a tiny minority amidst the vast numbers who changed identities to protect themselves and their families.

While certain class enemies faced discrimination and were forced to adopt a mask either to conform or attempt to create a new self, the Cultural Revolution of the late 1920s and early 1930s provided career opportunities for young proletarian men and women. With the revival of the utopian and egalitarian zeal of revolutionary spirit, Party militants attacked Party functionaries, experts and the pre-revolutionary intelligentsia in the universities to root out any impurity that smacked of the opportunism and decadence of the NEP era. Party officials designated as careerists, who allegedly were only interested in Party privileges, lost their membership if they failed to satisfy the Purge commission with a ritual of confession and apology for their past errors, personal as well as political. If one was lucky, he might only get a warning, but the errors would remain on file. 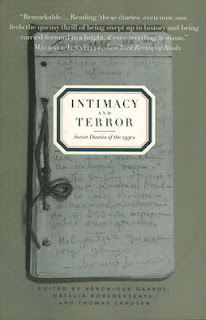 In the ritual of the public recounting of lives, the dilemma for many was whether to reveal the skeletons in their background, such as relatives living abroad, and if so, how much to fudge about the particular circumstances. Because every person undergoing this procedure was subjected to questions, sometimes from a hostile audience, any weakness, fear or suggestion of vulnerability would invite a pack mentality. When they smelled blood, they pursued their quarry with a relentless cross-examination, and if they detected any blurring or confusion in the answers, they would corner their target and pounce with unabashed ruthlessness. The committee would subsequently recommend expulsion from the Party and worse, a criminal investigation. It was customary for a person who sought a political office to offer a short speech outlining one’s life. In one particular case, a woman who worked for the NKVD appeared before a hostile audience in 1938 during the Great Purges. It is not certain whether the dynamics of the interrogation would have been any different had it occurred earlier in the decade but the consequences for her would have been more serious. She was clearly uncomfortable with her Jewishness, her separation from her husband, and the fact that three of her sisters were living abroad with their husbands, one of them since the revolution. Her fate is unknown.
Posted by Robert A. Douglas at 22:06