The influences that shaped Hitler's worldview

The following selection could not be incorporated into That Line of Darkness: The Gothic from Lenin to bin Laden (Encompass Editions, 2013) for reasons of space.

Hitler did absorb the conservative backlash against liberalism and the rampant strains of anti-Semitism that were awash in Vienna at the turn of the century and articulated by two influential politicians. The abiding contempt that he bore toward parliamentary governments originated from the disdain he developed by observing political parties at work in the Viennese legislature. The politicians he most admired, and later influenced his own ideas and style, were populist demagogues who depended for their popularity on their hate-mongering anti-Semitism. One such politician, the pan-German, belligerent drunk, Georg Ritter von Schönerer exploited the ethnic German fears that a Slavic and Jewish majority swamped them, and challenged Germans to breakout of the “zoo” of the multinational Empire and join Germany. Hitler copied Schönerer’s racial anti-Semitism, his hatred of parliamentary democracy and equal rights and his pan-German movement that collectively translated into the disenfranchisement of other ethnic groups.  But Schonerer’s penchant for violence toward political opponents that landed him in jail and his attack on Roman Catholicism alienated many potential supporters. Having grown up in Catholic Austria and both admiring and despising its hierarchical power and ceremonial pomp, Hitler was later careful not to offend the Catholic Church during his rise to power and fastened instead his all-consuming hatred on Jews. 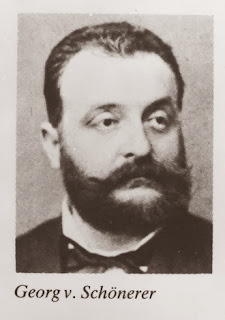 The mayor of Vienna, the charismatic and gifted orator Karl Lueger, also impressed Hitler with his ability to powerfully reach the emotions of his audience when he addressed a crowd. According to Lueger’s lover, the mayor “was able to transfer his will onto others in almost a supernatural way.” Hitler’s later style and delivery of relating to crowds owed much to the wildly popular Lueger. He also learned from him how to exploit anti-Semitism with his acerbic wit unapologetically declaiming that anti-Semitism would “perish but not until the last Jew has perished.” Despite Hitler’s own repudiation at the time of the blood libel against Jews, Lueger exploited it by pumping the wellsprings of hatred against “the Christ-killers” in the recently enfranchised “little men” steeped in Catholicism whose anti-Semitism was endemic. Notwithstanding the many tributes that Hitler later paid to Lueger in his memoirs, he was critical of the mayor’s employment of religious anti-Semitism, which Hitler regarded as superficial and devoid of racial knowledge as though “a splash of baptismal water” could erase their Judaism. The racial anti-Semitism of Schönerer and his followers would be become a cornerstone of the ideology of the Third Reich that dispensed with the anemic religious strain that flourished in the Austrian Empire of Franz Joseph. 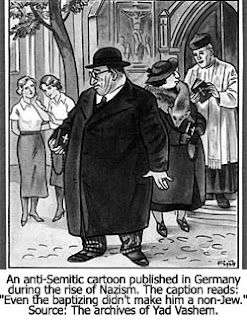 Equally important to Hitler’s later worldview were the rabidly anti–Semitic obscure militant racists that shaped his notions about race, nationalism and symbolism. As an autodidact, he read voraciously anything that confirmed his views from the public libraries and hostel reading rooms. From Guido von List, Hitler likely acquired his ideas about “demixing” of the races that could only occur through strict segregation and a prohibition on interracial marriages. Only through a cleansing of the Aryan race could it become heroic. But the noble Aryan could only regain his rightful role as the world dominator if the master race was prepared to war with the "internationals"—the Catholic Church, the Jews and the Freemasons—who were waging war of extermination against the Aryan race. Success could only be assured if a heroic prince emerged "the strong man from above" who was invincible and never wrong. Finally it was also from one of List’s books that Hitler seized upon the swastika as the solar symbol of millennial Aryan radiance. Like a scavenger, Hitler later incorporated parts of what he had read and heard and discarded or tempered the rest, for example, the warnings about the Catholic Church, at least until he acquired and consolidated power. But when he resided in Vienna, although he imbibed for later use the Zeitgeist that was saturated with terms like master race and inferior race, with its surging nationalism and rejection of democracy and legal equality, it had almost no emotional effect on him at the time. His anti-Semitism remained abstract and doctrinal, but it did not interfere with his friendships with men at the shelters and with those to whom he sold his paintings. The vicious diatribes that he spewed out in the 1920s were replications of the rants that he had heard in his Viennese days. At that time, the festering resentments had not congealed into the homicidal hatred toward Jews and withering contempt for Slavs that distinguished his most infamous writing and public Jew-baiting of the 1920s.

A narrative of an idle, unprepossessing wastrel, with a bohemian lifestyle of late nights and being notoriously unpunctual, (practices he maintained as Führer), with no special talents, not even a predisposition for demonic evil, hardly projected a palatable heroic saga for a man of destiny who would regenerate Germany. Much more alluring was the portrait of a young man hardened by life, a habitué of squalid homeless shelters, the artist manqué rejected by the art establishment only because of his poverty and humble social origins, above all a loner whose early experiences of deprivation had schooled him to hate. The absence of those murderous feelings in his pre-World War Ι days required him to dissemble a reverse of the airbrushing that often permeate memoirs and instead insert vivid metaphors that excreted Jews as a “maggot in a rotting body.” Without a seamless pattern of hatred already forged but intensified in the trenches, in the humiliation of defeat and the ignominy of the postwar era, it would be difficult to persuasively convince others that he was the saviour anointed by destiny to lead Germany to salvation. It was de rigueur for the future Führer to convey an unambiguous statement of his strengths and passions, not only from the time of writing, but also what had been slowly incubating from his early years in Vienna, and was precisely what he accomplished. Since the Jews really were “vampires” who sucked the precious blood out of Germans and since no ordinary politician could resolve this crisis, not even one as respected as Lueger, Germany needed a holy warrior with immeasurable strength, who could render the monster innocuous. With his towering egomania, Hitler perceived himself gifted with the courage and steadfastness of a modern day Siegfried as if sent by the gods to slay a race believed to be endowed with supernatural evil powers. 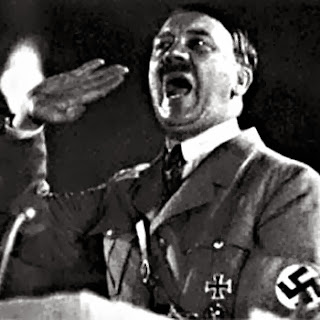 Mein Kampf was not a metaphor, but a statement of intent by a self-styled knight-errant whose task was to exterminate fellow beings he vilified as subhuman, to enslave Slavs in the east and to enthrone a racial elite, particularly if circumstances such as a war facilitated their implementation. He never deviated from these touchstones articulated early in his ascent since 1919 during the Third Reich. Hitler’s views hardened even more after he finished his memoir. In response to a National Socialist from Bohemia who visited him in prison, he responded that he had been much too soft on the Jews in writing the book, and that “more severe methods of fighting will have to be used” because “Judaism is the plague of the world.” According to Ernst Hanfstaengl, the cultured half American art book publisher who opened doors to Hitler beyond the world of the Munich cafes and beer halls, Hitler emerged from prison with his prejudices reinforced. Those around him in prison had deepened his animosity toward the French, who used troops in the Rhineland during the occupation. He never wavered from the white-hot hatred he harboured for the racial and genetic inferiors referred to in his initial venting as a rabble-rousing public speaker after World War І. In his fervid imagination, the French conflated into blacks, who in turn melted into Jews. Shrieking and foaming at the mouth, he would demonize Jews as “the men of Satan,” and “the anti-man, the creature of another god,” who would continue to be the existential enemy of Germany even if all were driven out of the country. Behind England and the United States, which together never animated within him the same rage he bore toward his real opponent, stood the intrigue-ridden camarilla of World Jewry. It is as though his psychic disposition required an all-or-nothing struggle against a powerful but abstract enemy. At the same time, he could astutely but privately acknowledge that although “the Jew is the exact opposite of the German in every respect, yet is as closely akin to him as a blood brother.”
Posted by Robert A. Douglas at 08:46