This material was designed for the first epilogue of  That Line of Darkness: The Gothic from Lenin to bin Laden (Encompass Editions, 2013) but for reasons of space, it  did not survive the editing process.
Among the many accounts of Polish survivors of Nazi terror, who were not perpetrators or bystanders, is the poignant and powerful account by Wanda Póltawska (And I Am Afraid of  my Dreams, Hodder and Stoughton, 1961). She was arrested for being a courier for the Polish resistance, tortured by the Gestapo, spent half a year in prison under appallingly squalid conditions and endured three years in the Ravensbrück concentration camp for women in Germany. As filthy as prison had been, she quickly observed “something infinitely worse” in the camp, a netherworld wherein the inmates sometimes did not appear to be either alive or dead:

Those clean, identically shaved heads, those lifeless, expressionless faces. They walked past with indifference, not looking at us, not speaking, not talking, not reacting to our presence in any way. They are nothing but husks, I thought. And there on that square, a silent prayer was wrenched from me: Oh God, if you still have a care for this world, grant that we may keep our own faces in this dreadful place. Never mind our lives, but do not let our spirits die.


Given their voracious hunger, the malevolence of the guards, the sexual assaults by some prisoners on others, the futility of work that included shifting piles of sand that caused swirling winds to choke their eyes, ears and mouth, it was a struggle not to succumb to being a husk. Hovering above all these appalling conditions were the threat of execution that some of the women welcomed as a release. 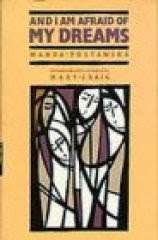 What distinguishes Póltawska’s memoir from many others is that as a political prisoner, she was forced to be a guinea pig for many useless medical experiments and to test how much pain a person could endure. Many of her fellow prisoners did not survive the operations. Others, who participated in these grisly experiments, who were not executed and managed to survive the ordeal, were crippled for life. The procedures inflicted on these women consisted of removing their leg bones or injecting them with bacterial cultures in conditions of abysmal filth that would have invalidated any possible scientific results. Only when they demonstrated a resistance to further operations did they feel their spirits returning. As the war neared its end, the guinea pigs were slated for extermination since their presence could be incriminating evidence in any post-war trial. Remarkably, other fellow-prisoners, mainly Russian women, inspired by their courage, saved these women from that fate. Despite her horrific ordeal, Wanda Póltawska not only survived but also was extremely fortunate to return home.

In the Nazi chamber of horrors, most of the physicians and nurses who participated in these butcheries escaped justice. Not surprising given the prewar medical culture in which health was defined as the physical and mental soundness of the Volk the killing of individuals was considered a therapeutic imperative. At Nuremberg in 1946 twenty-three physicians went on trial for crimes against humanity and war crimes. Sixteen were found guilty and seven were hanged. Yet many others were able to thrive in postwar Germany since some physicians who were put on trial received light sentences. Many eluded justice altogether. The most infamous of them, Josef Mengele, was from Auschwitz, who epitomized the sadistic-omnipotence syndrome that afflicted so many physicians in the camps. He dodged justice by using the so-called Rat Line with the assistance of the Mengele clan that facilitated his escape to South America where he lived undisturbed for thirty-five years.

If physicians eluded punishment, ordinary German women did not and bore much of the brunt for the war of extermination that Hitler conducted in the East where he had vowed that Leningrad and Moscow would be razed to the ground and prisoners would be shot or allowed to starve. By 1945 as the Soviet Army rampaged West, their lust for revenge after a war in which some twenty million Soviets had died took the form of humiliation, rape and in some instances murder on foreign women. One Russian journalist captured the murderous spirit of the Soviet soldier when he wrote, “If you haven’t killed a German in the course of a day, your day has been wasted.”  When the Red Army crossed into Yugoslavia and raped and in some cases murdered women, Stalin received with umbrage the complaints from Yugoslav authorities. Bristling at the interference by Yugoslavian boss, Milovan Djilas, he angrily responded, “Imagine a man who has fought from Stalingrad to Belgrade…over thousands of kilometres of his own devastated land, across the dead bodies of his comrades and dearest ones. How can such a man react normally? And what is so awful in his having fun with a woman after such horrors?” When he heard similar complaints about his troops in Germany, according to Djilas, he reportedly said, “We lecture our soldiers too much. Let them have some fun.”  These sentiments legitimatized the brutal and frenzied attacks of the Red Army on German women, an army that treated rape as a natural spoil of war.

It is not surprising that Stalin was unperturbed by the sexual violence of soldiers when he rarely concerned himself with the "trifles" committed by his hatchet man, the head of the NKVD since 1938 and in 1945 put in charge of building an atomic bomb, Lavrenti Beria. Despite his extensive workload, Beria found time to employ subordinates to trawl the streets and corral attractive women so that he could indulge, in historian Simon Montefiore’s words (Stalin:Court of the Red Tsar, Weidenfeld & Nicholson, 2003), a “Draculean sex-life that combined love, rape and perversity in almost equal measure.” He freely admitted the charge of raping women at his own interrogation on the ridiculously improbable charge of being a British spy one hundred days after Stalin’s death in 1953.

When the Red Army swarmed the city of Berlin and inflicted sexual depredations on German women, an anonymous but experienced journalist, (Anonymous, A Woman in Berlin: trans., Philip Boehm, introduction by Antony Beevor Virago Press, 2005), unflinchingly recorded her observations and perceptions of these men and the women they violated. Written during the closing days of the war and the beginnings of an uncertain peace, she reveals the difficult choices she and others made to survive. First published in Germany in 1954, her diary was treated with disgust, some accusing the author of “besmirching the honour of German women.” Respecting her wishes by guarding her privacy against the shame of rape, a new German edition did not appear until 2003 after the death of the author at ninety.

While civilians cope with the terror of allied bombing before the foreign soldiers arrive, the mass rape of women is at the heart of her diary. After being violently assaulted three times in one night, she is raped again the next day by an older man “reeking of brandy and horses” who finishes by “pulling apart my jaws [and]…drops a gob of gathered spit into my mouth.” In the interests of self-preservation, she decides that she needs to “find a single wolf to keep away the pack,” a gambit that is not entirely successful. What is remarkable about her account is that despite the litany of horror she and other women brutally experience, the author refuses to regard herself as a victim but demonstrates resourcefulness and a gritty determination to survive. After that terrible first night of repeated rape, she says to a group of women who suffered the same awful fate: “What’s the matter, I’m alive, aren’t I. Life goes on.” When not warding off soldiers, she scrounges for food, soap and clean water. As a result of her “very basic” knowledge of Russia as a result of a trip to Moscow before the war, she mediates between the German civilians and the Soviet soldiers. She comes to recognize that the actions of the soldiers are in part motivated by the impulse of revenge for Wehrmacht atrocities perpetrated on Soviet soil. When she hears about the genocide of the Jews and “that everything was supposedly recorded in thick ledgers—a scrupulous accounting of death,” she does not feign ignorance, but caustically comments, “we really are an orderly nation.” When her fiancé returns home at the end of the war, she shows him the diary and tells him that she and her neighbours were raped. His chilling reaction anticipates the disgust that the early readers felt towards her: “you’ve all turned into a bunch of shameless bitches, every one of you in the building.” He leaves her but she remains undaunted willing to embrace “the dark and amazing adventure of life.”
Despite evidence of mass rape—one doctor estimated that 100,000 women were raped in Berlin alone and 10,000 died mostly from suicide—the soldiers indulged their violent appetites with impunity unless they caught a venereal disease, and they were punished. According to historian, Antony Beevor ( Berlin: The Downfall 1945 Viking, 2002), even today in Russia few surviving veterans are willing to talk about the subject and those that do are unrepentant. “They lifted their skirts for us and lay on the bed,” said the Komsomol leader of a tank company. He provocatively and boastfully added, “2 million of our children were born” in Germany.His bravado contrasts with the shame and humiliation of the women raped who remained silent about their treatment for years.