“We just need to open our eyes, and our ears, and our hearts to know that this nation’s racial history still casts its long shadow upon us.”
— Barack Obama speaking in Selma on March, 7th 2015 at the fifth anniversary of the famous march 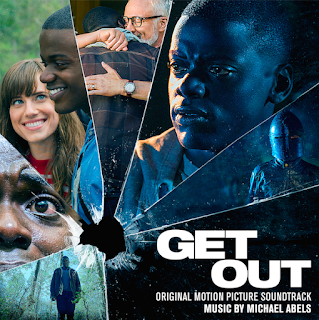 Now that Chris and his girlfriend, Rose, have reached the meet-the-parents milestone of dating, she invites him for a weekend getaway upstate with Missy and Dean. At first, Chris reads the family's overly accommodating behavior as nervous attempts to deal with their daughter's interracial relationship, but as the weekend progresses, a series of increasingly disturbing discoveries lead him to a truth that he could have never imagined.
See my review for Get Out
See White Rage Part Two  By Carol Anderson
White Rage Part One 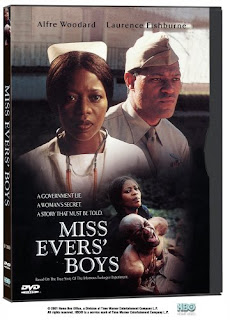 In 1932 Macon County, Alabama, the federal government launched into a medical study called The Tuskegee Study of Untreated Blacks with Syphilis. The study selected 412 men infected with the disease and faked long term treatment, while really only giving them placebos and liniments. The premise of the action was to determine if blacks reacted similar to whites to the overall effects of the disease. The experiment was only discontinued 40 years later when a Senate investigation was initiated. At that time, only 127 of the original study group were left alive. The story is told from the point of view of Nurse Eunice Evers, who was well aware of the lack of treatment being offered, but felt her role was to console the involved men, many of whom were her direct friends. In fact, the movie's name comes from the fact that a performing dancer and three musicians named their act for her - "Miss Evers' Boys". All had the disease. A romance with one goes unrequited even after he joins the Army

In 1979, James Baldwin wrote a letter to his literary agent describing his next project, Remember This House. The book was to be a revolutionary, personal account of the lives and successive assassinations of three of his close friends-Medgar Evers, Malcolm X and Martin Luther King, Jr. At the time of Baldwin's death in 1987, he left behind only thirty completed pages of his manuscript. Now, in his incendiary new documentary, master filmmaker Raoul Peck envisions the book James Baldwin never finished. The result is a radical, up-to-the-minute examination of race in America, using Baldwin's original words and flood of rich archival material. I Am Not Your Negro is a journey into black history that connects the past of the Civil Rights movement to the present of #BlackLivesMatter. It is a film that questions black representation in Hollywood and beyond. And, ultimately, by confronting the deeper connections between the lives and assassination of these three leaders, Baldwin and Peck have produced a work that challenges the very definition of what America stands for.


“Trump truly is something new – the first president whose entire political existence  hinges on the fact of a black president. And so it will not suffice to say that Trump is a white man like all the others who rose to become President. He must be called by his correct name and rightly honorific – America’s first white president.”


— Ta–Nehisi  Coates, We Were Eight Years in Power: An American Tragedy, 2017

For a fascinating interview with Ta-Nehisi Coates watch  Charlie Rose

The interracial couple Richard and Mildred Loving fell in love and were married in 1958. They grew up in Central Point, a small town in Virginia that was more integrated than surrounding areas in the American South. Yet it was the state of Virginia, where they were making their home and starting a family, that first jailed and then banished them. Richard and Mildred relocated with their children to the inner city of Washington, D.C., but the family ultimately tries to find a way back to Virginia.


"Nowadays in Canada, overt acts of racism are rare. Instead, the subtle ones tire you out and wear your sense of belonging. They happen more often, more insidiously. These acts of discrimination can be more detrimental than blatant racism or sexism. It's easier to point out prejudice when someone is overtly racist. Organizations have policies and procedures for reporting explicit racism and sexism. Others, hearing your story, are suitably outraged. But the underground cracks, passive-aggressive dismissals, the ghostly put downs, are harder to mark."

From a  powerful article in The Globe and Mail
Posted by Robert A. Douglas at 10:41