Life Institute Ryerson Week Two: The Seduction and Consequences of the Great War 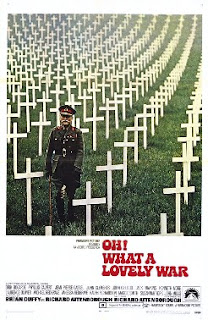 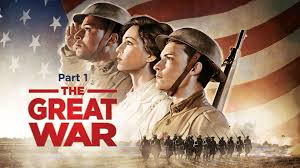 The picture of the country 100 years ago is often unwholesome in ways that, again, resonate with current turmoil. Prejudice against immigrants ran high. Anti-German feelings were virulent, and Wilson issued orders requiring the registration of all German-born residents (a program administered by the 22-year-old J. Edgar Hoover).
Americans were encouraged to spy on and report one another for violations of voluntary rationing programs or failure to buy war bonds. The government engaged in a sophisticated large-scale propaganda campaign enforcing loyalty. A poster shown in the film asks, in menacing capital letters, “Are You 100% American?”
Watching “The Great War” can give you a sense of a full circle of events. If this was how America became the world’s pre-eminent power, is this also how it surrenders the role?
From a review in the New York Times : "‘The Great War,’ When America Took the World Stage"  By Mike Hale April2017


Though the war was followed by a slew of books about it, Vera Brittain’s account of her own experiences has been regarded as unique. It did not appear in the war’s immediate aftermath, partly because the aspiring writer didn’t know how to deal with her memories. She first tried writing a novel, which she shelved as a failure, a judgment she also made against a subsequent attempt to make a book by fictionalizing journals and letters. It was only later, inspired by filmmaker John Grierson’s coining of the term “documentary,” that she decided to craft a nonfiction account of her experiences, which became an instant bestseller upon its publication in 1933.
Posted by Robert A. Douglas at 14:26