Khrushchev as protégé of Stalin


The following selection was deleted from That Line of Darkness: The Gothic from Lenin to bin Laden (Encompass Editions 2013) because it  did not fit in the overarching thesis of the book and for reasons of space.

The decision of the Party to create its own worker and peasant intelligentsia resulted in a wave of panic among the “bourgeois” intellectual elite. Workers and peasants, who fled the holocaust of the countryside, before passports were reintroduced, took advantage of the Party’s affirmative action program that gave preferential treatment to students from their respective backgrounds. As a professor of classical studies, Olga Freidenberg, relates how she was pressured by Stalinist dolts at the University of St. Petersburg to raise the grades of children of blue-collar students while lowering the grades of the offspring of white-collar students, an imposition she refused. As a woman of uncommon intelligence and cultivated sensibility, she smarted when faced with the uncouth young men who came from the countryside and towns to the city. Once they mastered “Party slogans, newspaper jargon [and] the bare bones of Marxism,” they could “assume the role of bosses and dictators,” who then “with untroubled consciences…could teach scholars what to think.” 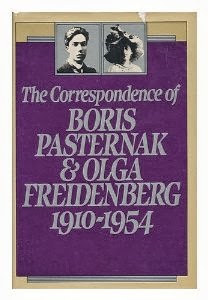 With a crash course in political and technical education, they vaulted from the factory and farm to the office and replaced the older more experienced skilled managers whose “errors” had not been corrected. In the conspiratorial world of so-called saboteurs and counter-revolutionary plots, technical experts, managers, academics and Party bosses could be destroyed by a shortage of fuel or raw materials or personal rivalry that could then result in their loss of job, public disgrace and a trip to the camps. According to one estimate, in the years 1928-33, their departure facilitated the promotion of 770,000 Party members moving up from the working class into white-collar and administrative jobs.

After a speedy Stalinist education, the beneficiaries of this stratification climbed over the corpses and exiled purged officials, were among Stalin’s most grateful and blindly obedient followers. Notwithstanding that their technical skills and especially academic studies did not match that of the revolutionary intelligentsia, because their education had a strong indoctrination component they believed they were "the young masters" of the Soviet Union, and it was they who were actively encouraged by Stalin to destroy their comrades.  Whether the public persona of this new generation of Party members represented their genuine beliefs or was merely posturing for the sake of career opportunities, it is hard to say because the evidence is not conclusive. Yet in a powerful memoir by Gennady Andreev-Khomiakov, (Bitter Waters: Life and Work in Stalin’s Russia, trans. with an introduction by Ann E. Healy Boulder: Westview Press, 1997) whose account begins with his release from the camps in 1935, (he was fortunate it was before 1937 when inmates were rearrested and given longer sentences) he indicates that he met few Party members. Although he did encounter some self-seeking careerists among them, for the most part he met Party people whose philosophy he shared: “subordinate yourselves to the authorities, but do not forget to look out for yourself and insofar as possible, for your fellows,” 130). Regardless, the purges were not just murderous calamities: they served the function of fostering upward mobility by an obedient, less educated and more chauvinistic new class. Promotions provided some assurance that the recipients would behold Stalin as an unblemished cult figure.

These were the heady, optimistic years for these young cadres like Nikita Khrushchev who, through doggedness and a mercurial temperament, was climbing up the increasingly bloody pole through the Party hierarchy. Taking advantage of the educational policy by enrolling in the Industry Academy at the age of thirty-five, he never graduated in part because of his academic inability but mostly because he expended his energy clamping down on the well-educated alleged rightists by purging them from the academy and the Party. Despite (or perhaps because of) his personal regret over not successfully completing and his lifelong ambivalent attitude toward academic learning and culture, he never wavered in his belief that socialism was the wave of the future. The Party provided opportunities for someone who came from a humble background to make a substantial contribution to the building of a socialist society and earn the approval of his superiors without the erudition and a cosmopolitan outlook that would have threatened Stalin.

Khrushchev’s meteoric rise through the ranks landed him the plum appointment of Moscow Party chief empowering him to supervise and reap the rewards for the successful construction of the city’s subway—the most expensive of its kind—but one that involved terrible accidents and loss of life.  With pick axes, shovels and wheelbarrows, 70,000 workers mostly women excavated the dark tunnels of the metro and suffered brutal privations. Some were sucked into quicksand or drowned in underground streams. Others were buried alive when roofs collapsed, while many contracted disease s from toiling for months up to their knees in water. Villages around the capital were demolished to provide bricks, and citizens were punished for refusing to do “voluntary” work. Yet Khrushchev’s ebullient enthusiasm for the First Five Year plan with its building of flagship factories to manufacture tractors and accelerate iron and steel production in preference to light consumer goods dismissed by Stalin as “trifles” demonstrated his overwhelming ambition and his loyalty to the “boss” he increasingly idealized as a father figure. His biographer suggests, there were psychological factors that explain the “county boy’s” devotion to Stalin. The younger man reveled in his belief that “Stalin liked me” that he “treated me better than the others,” that “several Politburo members virtually considered me his pet.” His biographer, (William Taubman, Khrushchev: The Man and his Era New York: W.W. Norton & Company, 2003) shrewdly comments that Khrushchev’s bond with him was “nothing less than his own sense of self-worth, to his growing feeling of dignity, to the invigorating, intoxicating conviction that Stalin, a man he came to worship, admired him in return.”
Posted by Robert A. Douglas at 18:22