I originally conceived of a chapter on Ibsen's The Doll's House in That Line of Darkness: The Shadow of Dracula and the Great War (Encompass Editions, 2012) but I deleted it because it was a naturalistic drama and not enough of the Gothic in it. This two-part piece substantially rewrites that chapter in large part because I have benefited from the insights of Toril Moi's,  Henrik Ibsen and the Birth of Modernism: Art, Theater, Philosophy, (Oxford University Press, 2006). 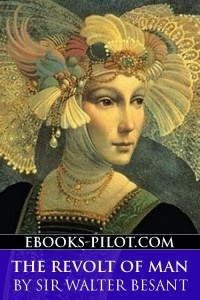 The first performance of The Doll's House was in Copenhagen December 21, 1879 and the reviews were polarized. Religious conservatives who believed art should be uplifting were scathing in their responses. There was no reconciliation or forgiveness rendering the play “profoundly ugly.” Realism was the antithesis of real art and aligned itself with the forces of scepticism and secularism. Feminists and political radicals, however, praised the drama as a political tract, a slice of life onstage and a radical challenge to the social order. But they too did Ibsen a disservice by failing to appreciate its aesthetic qualities, its pro-theatrical use of theatre, that the central characters were not individuals but role playing.

When The Doll's House opened in London a decade later, the responses were similar. Several critics viewed the play as a war between the sexes or (what was probably accurate) as a repudiation of the angel in the house. Appalled by a woman abandoning her children, one critic lamented, “It is all self, self, self! This is the ideal woman of the new creed; not the pattern woman we have admired in our mothers and our sisters.” When Nora left the compression chamber of her “play room” to discover who she was, she was labeled psychologically aberrant, a neurotic or hysterical personality.


Walter Besant, who had already written a savage polemic against the New Woman in the Revolt of Man wherein women hold repressive power over subjugated men, wrote a sequel, The Doll’s House and After, in the form of a short story for audiences outraged by the Ibsen drama. Obviously without ever having read Ibsen’s notes, he outlines the dreadful effects of Nora’s decision to leave her family twenty years later. The husband and son are alcoholics, the second son is a thief and the daughter commits suicide. Nora is a successful novelist and totally indifferent to the fate of her family. The story would be darkly funny if one were not aware of how much fear Ibsen’s play had stirred in audiences.

All over Europe, the play was both an instant hit and excited enormous controversy and outrage to the point that Ibsen was pressured by actresses, who would not play the part of Nora abandoning her children unless he altered the ending to include a saccharine reconciliation. In what must be one of the most trivialized renderings, a German version presented a penitent Nora returning with baby Helmer in her hands pleading for forgiveness. In response, Torvald produces a large bag of macaroons and pops one into her mouth. She chews, swallows, and pronounces “The Miracle” to a slow curtain. What Ibsen had written as a tragedy deteriorated on its German presentation into a saccharine farce.

Nonetheless, others were appreciative of what they perceived as the play’s essential message. Contemporary enthusiasts like Shaw movingly remarked Nora’s leaving as a “journey in search of self-respect and apprenticeship to life” and then undercut it with an overstatement, that “the slam of the door behind her is more momentous than the cannon of Waterloo or Sedan.” More incisive is the insight provided in John Stuart Mill’s The Subjection of Women, (1873) into how women are conditioned to live a life based upon self-sacrifice. He suggests that “all women are brought up from the earliest years, [and] that their ideal of character” is “submission, and yielding to the control of others.” He also understood that chivalry stood between oppression and justice because, although it nurtured gentleness and generosity, it did not provide a legal check against injustice. Nora’s identity is dependent upon acquiescing to life in her gilded cage, in the words of her real life contemporary marriage critic, Mona Caird, “disguised barbarism” by keeping up appearances, repressing memories and feelings, and accommodating her husband. She is expected to languish in her cocoon-like doll’s house shielded from the outside world, to chirp with childlike silliness, and be a decorative ornament that will don her costume and seductively dance the tarantella when it suits him. She must be willing to accept his decisions and sacrifice her passionate need to enlarge her understanding about the realities of the world. Above all she must conceal from her husband her innate intelligence and creative energy. It is in the home where this conditioning occurs. It is there that the woman must be content or “merry,” to use Nora’s word, with her domestic role without any serious responsibility. 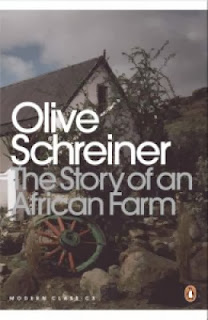 Olive Schreiner, who was present at the first performance, found the idea that a woman might have control over her life exhilarating. Her own novel, The Story of an African Farm (1883), had already explored similar themes; her feelings about how chivalry had reinforced gender inequality were to find resonance in Ibsen’s play. A few months before the first production, Schreiner had written a letter to a female correspondent on a woman’s first priority that was similar to Nora’s closing speech to her husband:

Our first duty is to develop ourselves. Then you are really ready for any kind of work that comes. The woman who does this is doing more to do away with prostitution and the inequalities between a man and a woman, and to make a nobler race of human beings, than all the talking and vituperation possible. It is not against men we have to fight but against ourselves within ourselves.

Audiences and critics then and now, who wish to confer upon Nora iconic feminist status because of her famous door slam, fail to perceive her complicity in the relationship. ( I attended a performance where a portion of the audience applauded when the door slammed.) They have not appreciated that Schreiner’s last sentence conveys a resonance that applies to the play. In Ibsen’s own notes on the play which he titled “Notes for a Tragedy of Modern Times,” he argued that because of the lack of understanding between men and women, the woman in a state of confusion is subject to “recurring bouts of anxiety and fear. Everything must be borne alone….Despair, resistance and defeat.” He also noted the reason for this terrible state of affairs: “A woman cannot be herself in contemporary society, it is an exclusively a male society, with laws written by men, and with prosecutors and judges who judge women’s behaviour from the male standpoint.” It is a testament to Ibsen’s strength as a dramatist that he did not conceive of Nora as a victim. His notes suggest that once she walked out that door, he understood that her life would be difficult and that part of her education could be to gain greater self-awareness.
Posted by Robert A. Douglas at 10:43